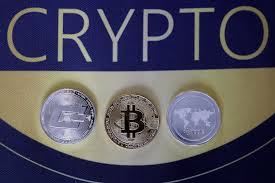 Square Stock Climbs, Even as Bitcoin Stumbles on Google and IMF Worries

Even as the price of cryptocurrencies such as Bitcoin slid Wednesday amid troubling news from the International Monetary Fund and Google, the cryptocurrency craze nevertheless helped lift shares of payments processor Square in the same day.

Square (sq) gained over 4%, or $ 898 million in market value Wednesday, even as cryptocurrencies such as Bitcoin, Ethereum, Litecoin, and Ripple sunk roughly 8% to 9% each.

The payments processor jumped after a Nomura Instinet survey of 100 U.S. merchants revealed that the majority of Square merchants said they were willing to accept Bitcoin, despite its volatility. About 60% of participating merchants, which had at least $ 100,000 in annual revenue, said they are “willing” to accept Bitcoin as payment.

Shares of the company helmed by Jack Dorsey have become increasingly tied to Bitcoin in recent months, after it began allowing most users to buy and sell Bitcoin through its Cash app.

Still, while Square jumped on news of increased U.S. Bitcoin acceptance among merchants, the cryptocurrency itself took a beating. On the same day, Google would ban cryptocurrency and initial coin offering ads, while the IMF called for increased regulation. That helped push the price of Bitcoin down to $ 8,400; Ethereum to $ 695; and Ripple to 79 cents.