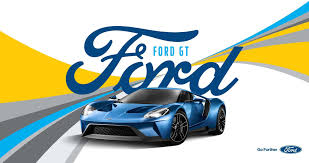 Ford and GM to get hit by Trump’s tariffs — but not as badly as feared?

Wall Street analysts are growing increasingly worried that President Trump’s proposed tariffs on steel and aluminum will hurt Detroit’s top two auto giants. But investors don’t seem nearly as concerned.
JPMorgan analyst Ryan Brinkman lowered his earnings targets on Ford (F) and GM (GM) Monday. This comes just one week after Goldman Sachs analysts estimated that profits for the two automakers could take a $ 1 billion hit this year due to the tariffs.

But Brinkman doesn’t think that the tariffs will be as dire for automakers. He said in his report that “the magnitude of the reductions is likely significantly less than the market assumes.”

Brinkman estimates that Ford’s earnings before interest and taxes will be $ 200 million lower this year and $ 400 million next year.

He also said that GM will take a $ 300 million hit in 2019, but profits will be unaffected this year thanks to “substantial price protection in annual steel contracts fortuitously just recently renegotiated.”

Related: How the world reacted to Trump’s tariff bombshell

Shares of GM and Ford dropped earlier this month when Trump first proposed the tariffs but the stocks have bounced back lately along with the broader market.

Brinkman remains bullish on GM and Ford too, even though he did cut his profit forecasts and lowered his price target for GM slightly. He thinks GM shares could hit $ 55 within the next 12 months, more than 45% higher than where the stock is now. And he believes Ford’s stock could go as high as $ 14, a nearly 30% increase from current levels.

And Brinkman also believes that any rise in steel and aluminum prices will be absorbed by GM and Ford. In other words, you probably don’t have to worry that the price of a new car is suddenly going to rise.

“We expect automakers to bear the brunt of the industry burden, with comparatively less impact to suppliers and the least impact to consumers,” Brinkman wrote.