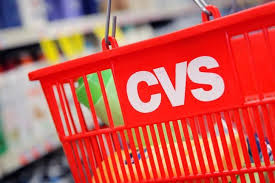 Investors who managed to grab a piece of CVS Health Corp.’s mammoth $ 40 billion bond sale are already a little richer.

The debt issued Tuesday by the drugstore giant had gained $ 320 million by Wednesday morning in New York, according to Trace bond price data compiled by Bloomberg. It was a modest post-issuance bump for CVS, which sold the debt in fixed- and floating-rate portions to fund its acquisition of health-care provider Aetna Inc.

The bond offering was not only a big win for CVS, but also for a market that has had its worst start to the year in decades. With other big acquisition funding still in the pipeline, it was crucial for banks to set a positive tone for investment-grade debt and lure buyers back into a struggling market.

“People didn’t get their fill and they’re still hungry for the bonds,” said Robert Arnold, a New York-based portfolio manager at TwentyFour Asset Management, which manages $ 16 billion. “The market viewed it as a cheap deal.”

The longest-term portion of the offering, $ 8 billion of bonds maturing in 30 years, sold originally at 99.4 cents on the dollar to yield 1.95 percentage point more than comparable Treasuries. Early Wednesday, it was trading at 101.53 cents on the dollar.

Before Tuesday, companies had sold $ 238 billion of investment-grade bonds this year, according to data compiled by Bloomberg. CVS’s deal was the third-biggest offering on record, beaten only by Anheuser-Busch InBev SA’s $ 46 billion offering two years ago and Verizon Communication Inc.’s $ 49 billion deal in 2013.

U.S. investment-grade corporate-bond prices had been falling even before CVS’s monster deal. Yields on the securities have climbed to their highest levels in six years, and total returns were negative 2.6 percent for the first two months of 2018, making for the worst start of a year for the asset class since 1981.

The drugstore chain said in a Feb. 26 presentation it was targeting as much as $ 44.8 billion of new debt, but ended up offering $ 40 billion. It sold the bonds at high enough yields to receive orders for three times that amount.

CVS is trying to win regulatory approval for its plan to buy Aetna for $ 67.5 billion, which will bring together around 10,000 CVS stores and Aetna’s 22 million customers. The deal is among the biggest health-care mergers of the past decade and would create a behemoth that will try to shift some of Aetna customers’ care away from doctors and hospitals and into thousands of CVS stores. The merger is expected to close in the second half of this year.

The longest portion of the offering, a 30-year security, yields 1.95 percentage points above Treasuries, after initial talk of around 2.15 percentage points, according to people with knowledge of the matter, who asked not to be identified as the details are private. Proceeds will help refinance the $ 49 billion of loans from 20 lenders that the company took out in December as temporary financing for the acquisition.