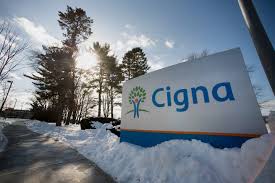 Cigna (ci) agreed to buy Express Scripts Holding for $ 54 billion in cash and stock, another move toward consolidation between U.S. health insurers and the companies that oversee patients’ drug benefits.

The price includes $ 48.75 in cash and 0.2434 shares of stock of the combined company per Express Scripts share, the companies said in a statement Thursday. The terms represent a roughly 31% premium to Express Scripts’ closing price on Wednesday, according to the statement.

The acquisition is a shakeup for the industry that runs prescription drug programs for insurers and employers, negotiating prices with drugmakers and sometimes delivering treatments directly to patients. Express Scripts (esrx), which manages plans covering more than 100 million people, and its rivals are becoming more aggressive with tactics to control costs, increasingly denying coverage of some drugs or requiring high co-payments for expensive treatments.

As the outcry over high drug prices has intensified in recent years in the U.S., the pharmaceutical industry has blamed the pharmacy benefits managers for not always passing on to patients the rebates they negotiate. The White House, in a recent report, criticized their market power and the opacity of their contracts.

The value of the deal is $ 67 billion and includes the assumption of $ 15 billion in debt. It comes as Express Scripts is set to lose its biggest client. Last year, health insurer Anthem said it would set up its own pharmacy-benefits management unit, after earlier accusing Express Scripts of overcharging by billions of dollars.

The loss of Anthem after 2019 has put pressure on Express Scripts amid consolidation in the health industry. In December, CVS Health agreed to combine with Aetna in a $ 67.5 billion deal bringing together the largest U.S. drugstore chain and the third-biggest health insurer.

Last year, Anthem’s planned takeover of Cigna was blocked on concerns it would undermine competition, ending an almost two-year battle to combine two of the biggest health insurers in the U.S.

In November, Express Scripts’ top executive said the company would be open to a deal at the right price, though it wasn’t actively looking for one.

“We don’t need to sell to be very successful in the future, but we are always open to others who may all of sudden conclude they want what we have,” Express Scripts Chief Executive Officer Tim Wentworth said in an interview.