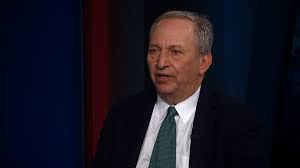 Paul Ryan may have political clout. But he has no legal power to stop President Trump’s tariffs.
The House speaker says he’s “extremely worried about the consequences of a trade war.” On Tuesday, he urged Trump to take a “surgical” approach rather than imposing penalties on all imported steel and aluminum.

Urging is pretty much all he can do.

Now wait: You might recall from high school history class that the Constitution clearly gives Congress the power “to lay and collect taxes, duties,” and so on. A tariff is the modern word for a duty.

So can Congress legally stop Trump from starting a trade war? Well, no.

Laws enacted by Congress over the past century authorize the president to impose tariffs, the Peterson Institute for International Economics, a research firm in Washington, noted in a report in September 2016.

So Trump can start a trade on war his own?

“The short answer, at least in the short term, is ‘yes,'” said Gary Hufbauer, widely considered one of the nation’s top trade experts. Hufbauer was a fellow at the institute at the time of the report and recently retired.

Believe it or not, the White House has traditionally been the pro-trade wing of the federal government. Congress has been more protectionist. It was Congress in 1930 that started a trade war by imposing tariffs on all other countries on a long list of goods, from eggs to peas to onions to sugar.

But since then, Congress has gradually transferred trade powers to the presidency, with unchecked authority, at least in the short term. Some trade authorities require congressional approval after several months. Some require none at all.

For the steel and aluminum tariffs, Trump chose a law that allows him to go around Congress. He invoked the Trade Expansion Act of 1962 — Section 232, to be specific. President Richard Nixon used it in 1971 to justify a 10% tariff on all imports. It only lasted four months.

The law says the president can impose tariffs on all other countries if imports pose a risk to US national security. In this case, Trump is arguing that steel and aluminum imported from Canada, Mexico and all other countries meets that standard. That justification baffles many foreign leaders and US business owners.

What’s more, in the name of national security, the president doesn’t have to get the approval of Congress, nor the independent US International Trade Commission. In other tariff investigations, the ITC gets to weigh in. Not here.

If Trump goes through with the tariffs, they will probably be challenged at the World Trade Organization, which resolves international disputes. But those court cases take about 18 months to wind their way through WTO courts, and Trump’s trade team has indicated it may not respect all WTO rulings anyway.

Other countries may not be willing to wait that long, experts say. Instead, they’ll retaliate with tariffs on US goods. That’s exactly what Canada and the European Union have explicitly threatened to do. Other nations are hinting at retaliation, too.