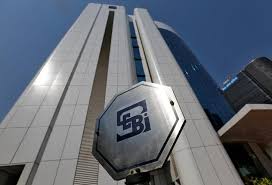 India’s markets watchdog SEBI ordered Tata Motors on Tuesday to launch an inquiry into the past leak of price-sensitive financial information.

The order from the Securities and Exchange Board of India (SEBI) widens an investigation the agency began last year, after a Reuters report showed prescient messages about financial results of companies were shared in private WhatsApp chatrooms before their official release.

Reuters identified 12 such instances relating to as many companies, with HDFC Bank and Axis Bank among the firms identified. Both of those banks have been issued with orders similar to the one handed to Tata Motors.

SEBI said its initial examination showed certain details about Tata Motors shared through messages on WhatsApp closely matched financial results for the quarter ended Dec. 31, 2015, that were disclosed by the company later.

“It is observed that the financial figures pertaining to the quarterly results of Tata Motors were matching with the figures that were in circulation prior to its official announcement by Tata Motors,” the agency said in the order.

“This lapse pertains to an incident in 2015,” the company said in a statement. “While the company has robust policies and processes to manage such price sensitive information, we will investigate this lapse thoroughly to identify and address process gaps and fix accountability.”

SEBI added that while it could not ascertain the source of the leak, it had prima facie concluded the leak occurred due to a lack in Tata Motors’ controls.

The agency asked Tata Motors to conduct an internal inquiry into its systems and controls and prepare a report within three months that would also identify those responsible for the leak.

The Reuters report has sparked a broad SEBI investigation since December, including raids on brokers’ homes that resulted in the confiscation of laptops and mobile phones.