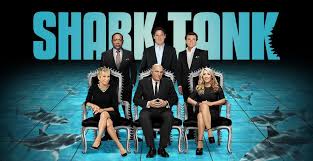 The stars of ABC’s Shark Tank are not shy about offering their opinions. Anyone who has tuned in for even one aspiring entrepreneur’s pitch on the business competition reality show has likely witnessed several of the “sharks” circling a contestant, questioning their business plan, before striking with a blunt assessment of the product or company before them.

Shark Tank first premiered in 2009 and the show is about to wrap up its ninth season in the United States. (Similar versions of the show have aired in other countries for longer.) The Season 9 finale airs this Sunday, February 25, and ABC recently renewed the Emmy-winning show for its 10th season. Four of the show’s main investor-hosts—the “sharks,” if you will—have been listening to small business-owners pitching their startups and million-dollar ideas for all nine seasons: Barbara Corcoran, Robert Herjavec, Daymond John, and Kevin O’Leary.

The four investors and business magnates have been front and center for the show’s entire nine-season run—current regular hosts Mark Cuban and Lori Greiner joined the show in seasons 3 and 4, respectively—which means they have each weighed hundreds of pitches for products ranging from smiley-faced sponges to socks with a philanthropic twist.

Fortune recently sat down with Corcoran, Herjavec, John, and O’Leary to talk about the show’s first nine seasons and the business trends that could wind up on Shark Tank in the future, as well as the sharks’ thoughts on stock market volatility, tax reform, and cryptocurrency. One thing we learned from the Shark Tank investors is that, even after nine seasons, they’re not ready to climb out of the Tank. “I already told my producer . . . that I’m going to die in my seat,” Corcoran told Fortune when asked about how long she plans to stay with the show.

Tracking Nine Years of Investments
Shark Tank has aired almost 200 episodes over nine seasons, with the sharks listening to more than 700 pitches from small businesses and startups and a total of roughly $ 116 million in investments offered to the show’s entrepreneur contestants, according to producer-distributor Sony Pictures Television.

In the conversation with Fortune, O’Leary broke down what he said are the three types of investments that each of the sharks has in their portfolio after nine seasons with the show. “We all have the same three,” he said. “You have ones that are just spectacularly successful—and, sometimes not ones you thought would be, but they just become that. Then, you have what are called ‘the living dead,’ which are ones that are going into their fourth or fifth year. They can’t admit it, but it’s time to take them behind the barn and shoot them. Then, there’s the ones that clearly fail, even though you thought optimistically they were going to be monster successes.”

O’Leary also warned prospective contestants to avoid pitching him and the other sharks if they happen to bump into them in public. When that happens off-camera, O’Leary said: “I say, ‘Don’t tell me, because you won’t get on Shark Tank. Because, if you pitch it, you’re dead.’”

Turning a Profit?
The producers of Shark Tank do not share general information on the overall success of investments on the show, such as how many end up profitable or how many investments result in successful exits, because each individual shark is doing the actual investing his or herself. But O’Leary felt free to boast that roughly one out of every three investments on the show ends up “wildly successful,” a rate he said is better than most venture capital firms. O’Leary did not get specific about how he defines “wildly successful,” though he claimed that many of his better investments “go to $ 10 million to $ 20 million in sales.”

Daymond John—whose notable Shark Tank investments include Bombas, a sock company that approached $ 50 million in sales last year—told Fortune he estimates that roughly 15% of his investments on the show have turned out to be profitably about three years after investing. (It was around this time that Corcoran suggested that Fortune employ a lie-detector test on her colleagues.)

One Shark Tank investment that made headlines recently was Plated, the meal-kit delivery startup, which sold to the grocery store chain Albertsons last fall for a reported $ 300 million. Plated’s founders appeared on Shark Tank in 2014 and, after their initial deal with Cuban fell apart, O’Leary later became an investor.

But exiting the investments with a significant return still remains “the biggest challenge” for the sharks, according to Herjavec (whose own investment, subscription box company PupBox, recently sold to Petco for an undisclosed amount). “Predominantly, they’re small businesses. How do you exit? They’re not going to IPO, an M&A company is not going to buy them,” Herjavec said. “I think what we’ve learned is a way to get liquidity out. So, we try to do a dividend deal, or some type of payment, along the way.”

The Shark Tank Effect
It’s a well-known phenomenon that one reasons for companies to appear on Shark Tank is for the effectively free advertising—the priceless opportunity to pitch their product to a national audience. “Magic dust,” Corcoran said while referencing the so-called “Shark Tank effect” that can help boost sales for entrepreneurs who make an impression on the show. However, O’Leary and John both countered that the show’s aura wears off eventually “and the real business has to be ran,” John said.

What’s more, there’s always the concern that businesses may be looking to use the show only for the exposure while not actually looking for a legitimate investment. “People try to use the platform that way,” O’Leary said. “We call them ‘gold-diggers’ when they do, because they have no intention of actually closing. But, I think the producers are getting better and better at weeding them out.”

Sharks on Stocks
Fortune asked the sharks for their thoughts on a handful of the biggest ongoing topics in the financial world, including the recent stock market volatility, and whether the market’s roller-coaster ride shakes their confidence in the economy as investors. O’Leary warned not to get too wrapped up in daily fluctuations and minor market corrections, noting that the market is simply adjusting itself based on how the release of new sets of economic data affect the outlook for inflation.

Meanwhile, Herjavec isn’t concerned about market volatility hurting entrepreneurs because the cost of borrowing money is still “basically zero” at the moment. “If I can borrow money at 3-4% and grow my business by 15%, I’m doing that all day long, and so are all of my competitors,” he said. “So, I think the economy is going to continue to do extremely well.”

For her part, Corcoran has a simple method for easing any stock market-induced stress. “The minute I lose money in the stock market on paper, I immediately change all of my business class tickets to coach. I feel better about myself!” Corcoran said with a laugh.

Fortune also asked for their thoughts on President Donald Trump’s tendency to boast about stock market records, only to then stay silent when the market drops. “He’s a politician. What did you expect?” Corcoran responded.

On Tax Reform
O’Leary expects the recent changes to U.S. tax law to benefit small- and mid-cap companies, especially, as they should see a noticeable uptick in cash flow. “This is going to be a huge boost for the economy, because even [the companies] don’t know how much free cash they’re going to get,” he said. “Are they going to buy back shares? Are they going to hire more employees? Are they going to put it into R&D? All of the above are good for America.”

“I love the one-time credit to bring money back from offshore,” Herjavec added. “Cisco [recently] announced they’re bringing back $ 67 billion.”

On Bitcoin and Blockchain
O’Leary is a fan of cryptocurrency, but with some reservations, including that he thinks it needs to be regulated before it really gains stable value. “When you can pay your taxes in Bitcoin, it will become a global currency, and that’s why I own it,” he told Fortune.

Herjavec was less enthusiastic. “I think Bitcoin is the current-day tulip trade bubble and people like Kevin that have invested will lose their shirt,” he said. “But the underlying technology, blockchain, is here to stay.” (Herjavec, whose company specializes in information security, also noted that his company has been looking at Bitcoin for several years because of the cryptocurrency’s popularity in the hacking community. “If you’re a hospital and you’re infected by malware and all of your systems are down, you’re paying for that ransom in Bitcoin,” he said.)

Herjavec also pointed out that blockchain is “a buzzword right now,” with some businesses looking to make a splash by hitching themselves to the buzzy technology.

So does that mean we can expect blockchain-related Shark Tank pitches any time soon? “We’ll probably see one in Season 10,” O’Leary admitted.