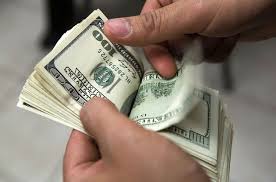 This Is the Price of Admission to Get Into the 1%

What does it take to get into the 1 percent? The price of admission is an adjusted gross income — basically, what you make before deductions — of $ 480,930.

That’s according to the latest Winter 2018 edition of the Internal Revenue Service’s Statistics of Income Bulletin, which shows that the number of that elite group hit about 1.4 million in 2015, continuing its steady growth since 2009. Back then, you could have gotten into this bunch with an AGI of $ 350,000, its Great Recession low, but it’s been climbing ever since.

It’s a pretty safe bet that all those in the rarefied strata hold at least some municipal bonds. To see the actual numbers, you have to go back to the Spring 2017 edition of the IRS’s bulletin.

In 2015, Americans received $ 57 billion of tax-fee interest, according to the IRS. Just about half of that interest went to 1.2 million filers who earned $ 250,000 and more, which is how the IRS slices it.

What’s disturbing about the data is that the number of investors claiming tax-exempt interest — the municipal market’s constituency, if you will, is falling, after reaching a peak of almost 6.5 million in 2008. With corners of Congress perennially threatening to chip away at bondholders’ tax break, munis are asset class in need of a champion. Maybe it’ll be one of those one percenters.