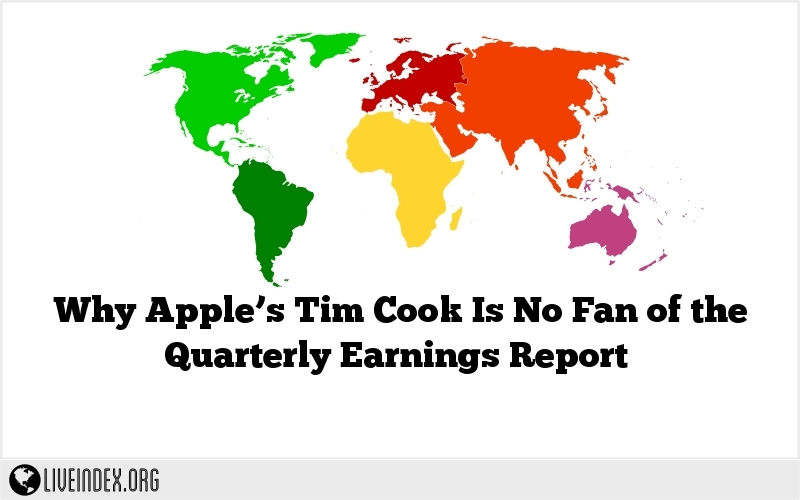 Tim Cook would gladly do away with the quarterly report system, the Apple chief has said in an interview. But not for Apple’s sake, as such.

Asked whether investment markets help or hinder innovation, Cook told Fast Company that Apple (aapl), as an outlier, was not affected by the reporting system.

However, he continued: “More generally, if you look at America, the 90-day is a negative. Why would you ever measure a business on 90 days when its investments are long term?”

“If I were king for a day, that whole thing would change,” Cook added.

The Apple CEO noted that the outside view of the company, based purely on its financials, may not always give the full picture, as outsiders often don’t know what’s coming up.

“Even when we were idling from a revenue point of view—it was like $ 6 billion every year—those were some incredibly good years because you could begin to feel the pipeline getting better, and you could see it internally,” he said.

Although Cook professes not to like the quarterly reporting system, he regularly participates in Apple’s earning calls, unlike his predecessor, Steve Jobs.