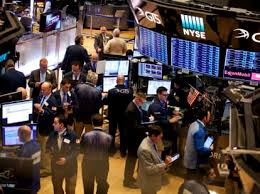 The market has been selling the wrong stocks.

Since interest rates started rising in December, investors have rotated into cyclical stocks and out of defensive stocks, with utilities being among the hardest hit. The MSCI World Utilities Index has fallen 10% since the end of November, compared with a 3% gain for the MSCI World Index.

“If rates have risen because of more growth, then the market has acted correctly,” Robert Naess, who manages about $ 42 billion in stocks at Nordea, said in an interview in Oslo. “If they have risen because they were just too low, then the sector rotation should be the opposite. Growth stocks should have fallen most and utilities the least. I believe rates have been low too long.”

Read: Here’s What 1999 Warren Buffett Might Say About the 2018 Stock Market

Naess has bought utility companies such as Southern Co. (so), PG&E (pcg), and PPL (ppl), while selling shares in eBay (ebay), Anthem (antm) and United Technologies (utx) among others.

Naess and his partner, Claus Vorm, analyze thousands of companies quantitatively before investing in those with the most stable earnings and avoiding the most expensive. Their Global Stable Equity Fund has returned 11% a year on average over the past five years, beating 72% of its peers.

Read: What’s Next for the Stock Market?

The stock market turmoil in February isn’t the beginning of a crash and U.S. stocks are set for 18% upside in 2018, according to Naess.

“Estimates are keeping up, so I interpret this as a short-term correction,” he said. “When there’s been a proper correction earnings have always come down. This time they haven’t–it’s unusual.”