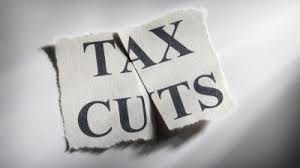 Yet shareholders, not workers, are far bigger direct winners from the Tax Cuts and Jobs Act of 2017.

American companies have lavished Wall Street with $ 171 billion of stock buyback announcements so far this year, according to research firm Birinyi Associates. That’s a record-high for this point of the year and more than double the $ 76 billion that Corporate America disclosed at the same point of 2017.

Wall Street loves buybacks because they tend to boost the share price in part by inflating a key measure of profitability. In just the past three days, Cisco (CSCO), Pepsi (PEP) and drug maker AbbVie (ABBV) have promised a total of $ 50 billion of buybacks.

“It’s the largest ever — and nothing has really changed, except the tax law,” said Jeffrey Rubin, director of research at Birinyi Associates.

Related: Only 13% of business’ tax cuts are going to workers, survey says

Under pressure from Washington, dozens of major companies have decided to share the tax windfall with workers — or at least some of it. Trump said during his State of the Union that roughly three million workers have received tax cut bonuses. Other companies like Wells Fargo have raised the minimum wage for workers, providing a lasting boost in pay.

But the amount of money allocated so far on bonuses and wage hikes pales in comparison with Wall Street’s buyback bonanza.

S&P 500 companies have devoted about $ 5.6 billion to bonuses and wage hikes because of the tax law, according to research from academics Rick Wartzman and William Lazonick as well as the Academic-Industry Research Network. The group added up commitments from the 50 companies in the S&P 500 that had announced plans to reward workers through February 15.

“Our worst nightmare is coming true,” said Frank Clemente, executive editor of Americans for Tax Fairness, a group that fights for progressive tax reform. “We predicted that the lion’s share of the benefits of this tax cut would go to already-wealthy shareholders and CEOs, not to a company’s workers.”

The tax-inspired buyback boom may just be getting started. Bank of America recently predicted that S&P 500 companies will use repatriated foreign profits to buy back about $ 450 billion of stock.

The new law gives companies a tax break — paying between 8% and 15.5% instead of the usual 35% — to bring money sitting overseas back to the United States. That’s in addition to the savings created by the steep decline in the corporate tax rate to 21% from 35%.

Related: Blankfein: Odds of ‘bad outcome’ for economy have gone up

Workers have benefited in other ways from the tax law. For instance, Visa (V) and Aflac (AFL) have boosted their 401(k) matching programs after the tax overhaul. Boeing (BA) has promised to invest $ 300 million on workers through training, upgraded facilities and charitable giving.

Workers can also benefit indirectly from stock buybacks if shareholders end up using their winnings to make investments that create new jobs.

“It frees up capital to go back into the economy. What good does $ 2 trillion sitting offshore in tech companies’ accounts do?” asked Nicholas Colas, co-founder of DataTrek Research.

But some companies wishing to use their tax savings on new factories or hiring workers may not have seen enough evidence that expansion is warranted.

“Just because you have the cash coming in doesn’t magically create opportunities to invest,” said Colas.

Colas also said that buybacks provide an important signal that can boost stock prices. “When stock prices rise, they inspire more confidence and confidence leads to more hiring and wage increases,” he said.

Critics of buybacks note that America’s wealthiest families tend to benefit disproportionately from a booming stock market — and thus buybacks.

The top 10% of households owned 84% of all stocks in 2016, according to paper published last year by NYU professor Edward Wolff. The richest 1% owned 40% of stocks by themselves.

“If you want to understand why there is such extreme inequality, this use of corporate cash is a big part of it,” said Lazonick, who is a professor at the University of Massachusetts Lowell.

Wartzman, director of Claremont Graduate University’s KH Moon Center for a Functioning Society, argues that there are more productive uses of capital than buybacks. He suggested boosting wages, ramping up benefits and training workers.

“It’s not to say shareholders shouldn’t get a piece of the pie,” he said, “but why such an inordinate piece?”