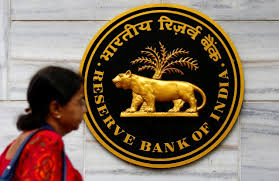 Analysis: For India’s banks, the worst of their bad-loan woes may be yet to come

The central bank surprised the financial sector this week by halting all of its existing loan-restructuring mechanisms with immediate effect, and rolling out new rules that will push more debt defaulters into bankruptcy courts.

To force its point home, the Reserve Bank of India (RBI) set strict timelines for lenders to take action against defaulters, threatening penalties if banks failed to act in a timely manner.

Soured loans, which include non-performing, restructured or rolled-over loans, reached a record high of 9.5 trillion rupees ($ 148 billion) in the middle of last year before dipping slightly and prompting some relief among bankers that the worst was over. State-run lenders account for the bulk of these loans.

India’s bad loans have nearly doubled in the past four years following an economic slow down and years of profligate lending – the combination has choked new lending and dragged on the economy.

Analysts say the actual level of bad loans is higher than the official figures suggest, pointing to central bank audits of banks, including State Bank of India, that showed non-performing loans were higher than reported for the financial year ended March 2017. Banks have also been blamed for perpetually renewing loans on soured assets.

Most of the loan-restructuring schemes that the central bank is withdrawing have seen little success. Analysts say banks will soon have to declare the loans in those schemes as non-performing loans, which will trigger the timeline for banks to take debtors to court.

That means the banking sector will have to recognise the new status of the loans and make provisions for them, said Rajkiran Rai, chief executive at state-run Union Bank of India.

“When you look at the short term, yes, we will have issues with the existing accounts,” Rai said.

Longer term, the RBI’s measure will benefit banks, he said.

Indeed, the new rules would bring discipline to the banking sector, although provisioning costs will shoot up as more borrowers are taken to court, said R. Subramaniakumar, chief executive at Indian Overseas Bank, a state-run lender with the second-highest bad loan ratio among all banks.

“Of course it’s going to put pressure on bank’s balance sheets,” he said, adding capital injections announced by the government will help cushion the impact.

The RBI’s decision to force more struggling borrowers into bankruptcy proceedings was its latest move to try to clean up India’s bad loans mess.

Last year, it ordered about 40 of the country’s largest debt defaulters into bankruptcy courts, demanding creditors put aside at least 50 percent of loan amounts in provisioning.

Under the new process, the RBI requires banks to figure out plans to resolve debts of defaulters with 20 billion rupees ($ 311 million) or more in outstanding debt by Sept. 1, or take them to bankruptcy court.

Since 50 percent provisioning will be required for these bankruptcy cases as well, the total funds that banks will have to set aside will shoot up, pressuring profits, analysts said.

Bank shares slid on Wednesday, with the sector index falling 1.4 percent compared with a 0.4 percent fall in the broader market.