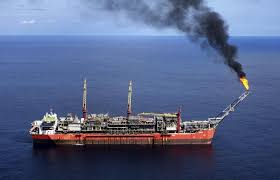 Pirates freed a ship carrying 22 Indian crew and 13,500 tonnes of gasoline on Tuesday, Hong Kong-based Anglo-Eastern, which was managing the ship, said in a statement.

“All crew members are reported to be safe and well and the cargo remains on board,” the company said.

The Marine Express tanker was missing in the Gulf of Guinea after contact was lost in Benin on Friday.

The Gulf of Guinea has become an increasing target for pirates who steal cargo and demand ransoms, even as piracy incidents fall worldwide, experts say.

Ships in the area were the target of a series of piracy-related incidents last year, according to a January report by the International Maritime Bureau (IMB), which highlighted the waters off West Africa as an area of growing concern.