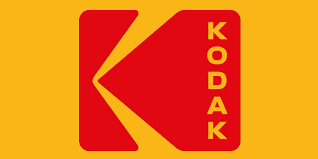 Investors seeking to buy Kodak’s photo-centric cryptocurrency are facing an unexpected wait as the 130-year-old imaging company announced the delay of its initial coin offering (ICO) on Wednesday.

A statement on KODAKCoin’s website attributed the delay to “large interest” in the venture, “with over 40,000 potential investors” queuing up for the scheduled Jan. 31 ICO.

The company said it needs to verify the “accredited investor” status of every potential buyer, which in the U.S. means establishing that the investor has a net worth that exceeds $ 1 million and an annual income of at least $ 200,000. It expects the vetting process to take several weeks.

Kodak (kodk) has billed its foray into the cryptocurrency world as a potential solution to pervasive digital copyright challenges, with blockchain technology leveraged to help photographers register, license and manage their images.

Share prices soared after Kodak announced the project, rising from $ 3.10 the morning before the announcement, to almost $ 11 one day after. But critics accused the company of capitalizing on cryptocurrency craze without concrete plans in place.

The day before KODAKCoin’s ICO was delayed, the New York Times called the venture a “dubious” gamble.

“A number of struggling companies have reversed their fortunes, at least temporarily, simply by adding ‘blockchain’ to their names or announcing a new cryptocurrency venture unrelated to their previous line of work,” the Times said, before calling KodakCoin’s white paper a “mishmash of marketing buzzwords and vague diagrams”.