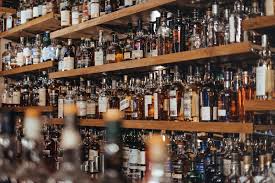 Now you can buy into the world’s first publicly traded whiskey investment fund.

The Single Malt Fund is a unique investment opportunity where Swedish investors can opt to own a small part of a large collection of rare and limited-edition whiskeys. Unlike similar funds that invest in the whiskey companies, this one invests in the actual liquid.

While at first glance it might sound absurd, whiskey has actually been a pretty decent investment in recent years. Over the past decade, the return on rare whiskeys has been roughly 25% and the world’s 100 most valuable whiskeys have gone up in value 447% since 2010. The Single Malt Fund has a target return rate of 10 percent, a pretty conservative estimate.

The Single Malt Fund will be listed on the Nordic Growth Market and will liquidate after six years. Investors will also have the opportunity to buy bottles from the fund’s inventory online, essentially buying from themselves indirectly.

Early responses to the fund are pretty positive. In an interview with Business Insider, Svantesson calls early investors “cautiously cheerful.”