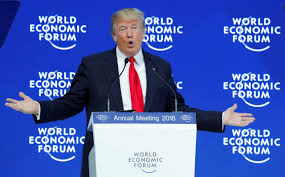 “The United States will no longer turn a blind eye to unfair trade practices,” Trump told chief executives, bankers and political leaders at the World Economic Forum in Davos.

“We cannot have free and open trade if some countries exploit the system at the expense of others,” he added.