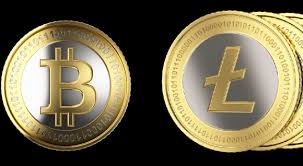 Bitcoin is supposed to allow for “anonymous” transactions, but that doesn’t mean people’s privacy can’t be at risk when dabbling in cryptocurrency markets—as evidenced by fines just issued by South Korea’s data protection regulator.

On Wednesday, the Korea Communications Commission (KCC) whacked eight cryptocurrency exchanges and wallet services with fines ranging from $ 9,000 to $ 14,000 for various privacy violations, such as not deleting the data of former customers, and storing customers’ data outside South Korea.

“While the security threats such as virtual currency speculation and hacking of [cryptocurrency] handling sites are increasing, the actual situation of personal information protection of major virtual currency exchanges is very weak. Therefore, we will try to reduce the damage of users through more strict sanctions,” said KCC chair Lee Hyo-Sung (according to an automated translation of the regulator’s statement).

Although these fines are unlikely to be an existential issue for South Korea’s cryptocurrency exchanges, they do come in the context of wider uncertainty in the country’s virtual coin space.

Rumblings from the government about shuttering exchanges have been responsible for serious drops in the value of bitcoin over recent weeks.

The most recent spot of nervousness came from South Korea’s Financial Services Commission (FSC) announcing the deadline beyond which investors will need to use their real names if they want to trade in bitcoin and other cryptocurrencies. That date is January 30.

Still, although this news temporarily knocked bitcoin below $ 10,000 (it’s back up to $ 11,150 right now), the move does suggest that cryptocurrency trading has a future in South Korea—as long as exchanges stick to certain rules.