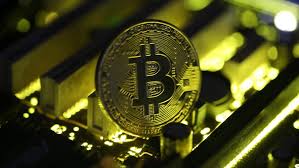 South Korea Is Considering Shutting Down all Virtual Currency Exchanges

“(The government) is considering both shutting down all local virtual currency exchanges or just the ones who have been violating the law,” said Choi Jong-ku, chief of Financial Services Commission, to a question from a parliament member.

His comments came after the world’s most popular virtual currency, bitcoin, slid 18% on Wednesday on reports suggesting South Korea could ban trading of cryptocurrencies.

Bitcoin stood at $ 11,560 on the Luxembourg-based Bitstamp exchange as of 0218 GMT, paring a bit of its previous losses.

Hong Nam-ki, minister of the office for government policy co-ordination, said that opinions on cryptocurrency trading are sharply divided within the government, but vowed to make a decision on regulations during Thursday’s meeting.

The shift toward tighter regulation sparked strong reaction from many South Koreans, thousands of whom signed a petition on the website of the presidential Blue House to stop a ban on cryptocurrency trading.