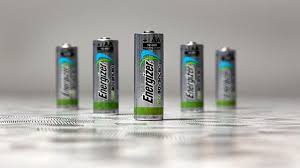 The Energizer Bunny Is Buying Rayovac in a $2 Billion Deal

Battery maker Energizer Holdings (enr) said on Tuesday it would buy the global battery and portable lighting business of Spectrum Brands (spb) in a $ 2 billion cash deal, adding brands such as Rayovac and Vatra to its lineup.

The deal comes two weeks after Spectrum said it was exploring strategic options, including a sale, for its global batteries and appliances businesses.

Spectrum’s battery and portable lighting business generated revenue of $ 866 million in 2017 and earnings before interest tax, depreciation and amortization (EBITDA) of $ 169 million, the companies said.

Read: The CVS-Aetna Merger: Who Wins and Who Loses?

Energizer is known for its Energizer and Eveready brands and sells flashlights under the Hard Case, Dolphin and WeatherReady brands.

Spectrum said the sale will allow it to focus on its remaining businesses, which include hardware, auto care as well as pet and gardening products.

For Energizer, the deal adds heft to its batteries business, while also expanding its international business.

Read: A U.S. Senator Wants to Question Apple Over the iPhone Battery Slowdown

Energizer said it intends to fund the deal through existing cash and committed debt facilities, expected to consist of a new term loan and senior notes.

Barclays was the financial adviser to Energizer and RBC Capital Markets advised Spectrum Brands. The deal is expected to close before the end of this year, the companies said.