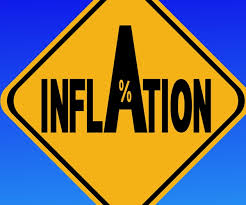 The U.S. Inflation Mystery Made Economists Look Bad in 2017

A year ago, Bloomberg asked economists to predict how 2017 would unfurl. With the year almost over, we compared those forecasts to actual performance and, well, the results weren’t pretty.

This was the year that the textbook connection between inflation and unemployment broke down, bedeviling forecasters. So much so that our survey respondents pulled off a rare feat: missing to the upside their forecasts for both inflation and the jobless rate. Typically a miss in one direction for one of those measures accompanies a miss in the opposite direction for the other. Not so in 2017.

“We can definitely learn from that,” said Christopher Low, chief economist at FTN Financial in New York, who was among the best predictors of inflation (and among the worst on unemployment). “The thing we’re looking at here now is trying to understand where the inflation-unemployment relationship broke down.”

Only one forecast, submitted by Francois Dupuis and Francis Genereux at Desjardins Group, managed to come within 0.3 percentage point of the actual results on both unemployment and inflation. Bravo.

Inflation Mystery
How the 2017 results force economists to change the way they forecast 2018 depends crucially on whether they believe the mystery of low inflation will continue. More seem to be moving into the camp that says low inflation can’t be completely explained by transitory factors.

To see all the individual forecasts from a year ago, click on ECFC.

For the highlights, read on. Ph.D. economists should prepare to be humbled.

Inflation
Median forecast (core PCE) 2% Response range 1.2%-4% Fed’s forecast 1.8% November core PCE 1.5%If economists missed unemployment to the high side, you’d think they would miss inflation to the low side, right? Wrong. Welcome to the “mystery” of 2017, as described by Federal Reserve Chair Janet Yellen. That caught just about everyone by surprise as inflation remained disturbingly low at 1.5 percent in the 12 months through November, against surprisingly strong job gains.

What Our Economists Say “One of the biggest forecasting hurdles for 2017 was understanding the nature of the inflation soft-patch; many economists misread the signals and expected it to subside quickly, when in reality it was a reflection of weak economic performance from four to six quarters earlier. Those who attributed it to the latter were not surprised to see it endure for several months. In fact, for this very reason Bloomberg Economics expects it to stretch well into the first half of 2018.”– Carl Riccadonna, Bloomberg Economics.

Treasury Yield
In a forecast related to inflation, economists showed a similar miss when predicting the yield on 30-year Treasuries. The median estimate was for 3.34 percent at the end of 2017. It was 2.75 percent late Wednesday afternoon.

GDP
Median forecast (Q3 YoY) 2.2% Response range 0.5%-3.6% Fed median forecast (Q4 YoY) 2.1% Q3 YoY 2.3%The latest GDP figures available are for the third quarter, and forecasts were pretty solid with the median falling just a tenth below that actual result. But there’s a caveat here, as long as we assume that no one actually predicted multiple devastating hurricanes. Third-quarter figures include a small negative impact from those storms, but miss the subsequent upsurge from rebuilding in the fourth quarter. That suggests the median probably missed to the downside a shade more than the numbers show.