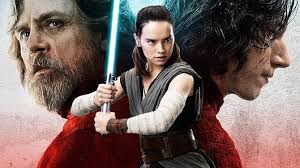 (Disney-Lucasfilm’s “Star Wars: The Last Jedi” is showing plenty of force at mulitplexes worldwide with $ 745.4 million globally as of Sunday.

The North American take has hit $ 365 million in its first 10 days as of Sunday with the studio projecting another $ 32 million on Christmas Day on Monday – making it the third highest domestic release in 2017 following “Beauty and the Beast” with $ 504 million and “Wonder Woman” at $ 412 million.

“Stars Wars: The Last Jedi” has totaled $ 380.3 million in international box office. It is already the top grossing film of 2017 in both Denmark and Sweden and the fourth highest grosser in the overall European market. The U.K. is the top market with $ 67.4 million, followed by Germany with $ 40 million, France with $ 29.3 million and Australia with $ 26.9 million.

Sony’s “Jumanji: Welcome to the Jungle” and Universal’s “Pitch Perfect 3” have also opened solidly while Fox’s “The Greatest Showman” is drawing respectably at the domestic box office. But moviegoers are showing little interest in Paramount’s “Downsizing” and Warner Bros.-Alcon’s “Father Figures.”

“Star Wars: The Last Jedi” opened with the second-largest North American launch ever in its first weekend with $ 220 million. It faced competition for the first time on Dec. 20, with Sony’s action comedy “Jumanji: Welcome to the Jungle,” which is leading the rest of the pack with $ 34 million at 3,765 sites for Friday-Sunday and a six-day total of around $ 64 million.

Josh Greenstein, Sony’s president of worldwide marketing and distribution, pointed to the A- Cinemascore as an indication that “Jumanji” is attracting all demographics. “We have incredible momentum as we go into the biggest moviegoing week of the year,” he added.