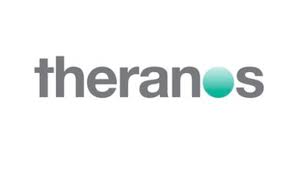 Call it a Christmas miracle – albeit of a rather perverse sort.

Theranos, the digraced medical-technology startup that infamously inflated the capabilities of its devices, has secured $ 100 million in new funding in the form of a loan.

The loan, reported by the Wall Street Journal, will come from Fortress Investment Group. Fortress, whose other underdog bets include a private passenger rail line under construction in Florida, is set to be acquired by Japan’s SoftBank.

Theranos was reportedly on the verge of bankrutpcy. It raised as much as $ 900 million between 2004 and 2015 on the back of CEO Elizabeth Holmes’ promises that she could revolutionize blood testing. In 2015, it was discovered that the company was using competitors’ machines to run at least some of its tests, among other indiscretions.

By the end of 2016, the company reportedly still had $ 200 million in cash on hand, but had sharply limited prospects for attracting more capital. It has since settled a major lawsuit with Walgreens, a former client, for an undisclosed but likely substantial sum. According to the Journal, the Fortress loan is expected to keep Theranos solvent through 2018.

That will give the company more time for its ongoing effort to reboot as a medical device manufacturer, rather than a testing service. That pivot came after the FDA revoked a laboratory license and banned Holmes from involvement with laboratories for two years.

Theranos has so far failed to gain FDA approval for at least one of its proposed new tests. It has also been downplaying what was once its hallmark, the ability to conduct blood tests on very small ‘fingerstick’ samples.

According to statements from Theranos, the Fortress loan will be conditional on “achieving certain product and operational milestones.” It’s unclear whether those might include positive outcomes for the multiple investigations and lawsuits still facing the company.