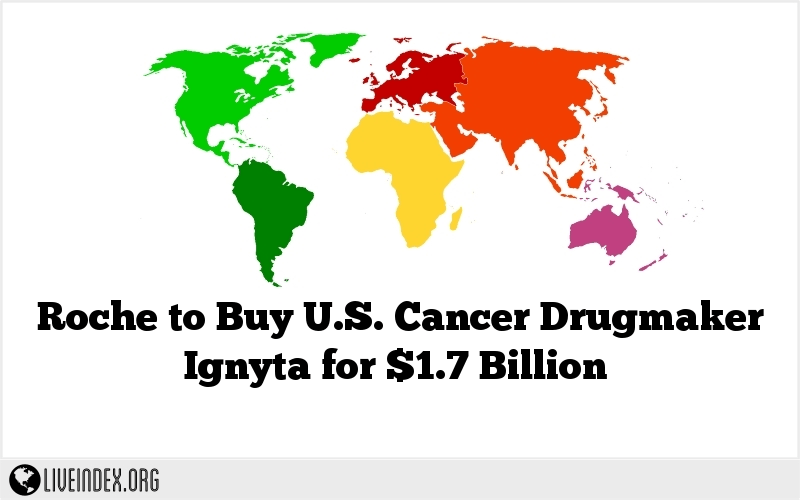 Roche Holding (rhhvf) agreed to acquire U.S. biotech Ignyta (rxdx) for $ 1.7 billion, following Bayer (bayzf) in buying into a class of experimental cancer drugs that home in on a specific mutation across many types of tumors.

Ignyta investors will get $ 27 a share in cash, the companies said in a statement Friday. That’s 74% higher than Thursday’s closing price. Both companies’ boards agreed to the deal.

Roche’s purchase comes about five weeks after Bayer signed a $ 1.55 billion licensing deal for Loxo Oncology’s larotrectinib, an experimental medicine similar to Ignyta’s entrectinib. Roche has said it will focus on small deals like Ignyta to build out its portfolio. The Swiss company, the world’s biggest maker of cancer drugs, is facing a critical transition as its three top-selling medicines lose patent protection.

San Diego-based Ignyta’s entrectinib is being tested in patient trials that, if successful, could be the basis for applications with regulators to sell the drug. Roche said it aims to complete the purchase in the first half of 2018.

Read: Nearly 9 Million Signed Up for Obamacare Despite Trump’s War Against It. Here’s Why