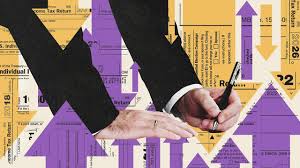 CEOs may like the idea of a big tax cut for businesses, but that doesn’t mean they’ll use the savings to create American jobs.

Just 14% of CEOs surveyed by Yale University said their companies plan to make large, immediate capital investments in the United States if the tax overhaul passes. Capital investments, like building plants and upgrading equipment, can lead to hiring.

Only a slim majority of the CEOs, 55%, said the Republican tax package should be signed into law. The Yale CEO Summit surveyed 110 prominent business leaders of Fortune 500 and Fortune 50 companies last week.

The findings, along with other surveys, suggest that the tax plan may not have the dramatic impact on jobs that President Trump and Republicans in Congress have promised.

Trump tweeted over the weekend that “TAX CUTS” will lead to “higher growth, higher wages, and more JOBS!” The GOP tax overhaul would slash the corporate tax rate from 35% to 21% and offer incentives for companies to bring foreign profits back home.

Jeffrey Sonnenfeld, who leads the Yale CEO Summit, said in an interview that it’s “astounding” how few companies plan to reinvest their tax savings.

He called the idea of a jobs boom from the tax plan “a lot of smoke and mirrors,” especially because the unemployment rate is just 4.1% and companies already have plenty of cash to make investments.

Sonnenfeld declined to name the CEOs who participated in the poll. He said it included “Trump supporters” and former members of the president’s now-defunct advisory councils of business leaders.

Related: Why Wells Fargo could be one of tax plan’s big winners

There are other signs that tax cuts may not spark a hiring boom. Just 43% of CEOs polled in November by the Business Roundtable, a powerful business lobby that has spent millions on ads championing tax reform, said they plan to ramp up hiring over the next six months. That was despite rising confidence that the Republican tax plan would be enacted.

And at The Wall Street Journal’s CEO Council in November, only a few business leaders raised their hands when they were asked whether the tax plan would lead them to increase investment in the United States. Gary Cohn, Trump’s top economic adviser, was surprised.

“Why aren’t the other hands up?” he asked from on stage.

Wall Street expects companies will use a big chunk of the tax savings to reward shareholders with fatter dividends and stock buybacks, which makes stocks more attractive. That’s one reason stocks have surged all year, putting the Dow in sight of 25,000.

He said it’s “malarkey” to think that cutting corporate taxes will boost spending and wages.

“As we’ve seen in history, this doesn’t raise wages,” he wrote. “What it does lead to is richer shareholders.”

In 2004, when Congress offered tax breaks for companies to bring foreign profits back home, businesses used much of their cash on share buybacks.

The Center on Budget and Policy Priorities later concluded that the 2004 tax holiday “did not produce the promised economic benefits” because companies mostly bought back stock instead of investing to grow their businesses.

Related: How much you will pay under GOP tax plan depends on a lot

Trump tweeted on Tuesday that “stocks and the economy have a long way to go after the Tax Cut Bill is totally understood and appreciated.” Specifically, he said “immediate expensing will have a big impact.”

Trump was referring to an element of the legislation that would allow businesses to immediately and fully expense most new capital investments. The provision, which would end after five years, should encourage companies to shell out money on new plants and equipment.

JPMorgan CEO Jamie Dimon, who chairs the Business Roundtable, recently predicted that tax reform will “lead to capital expenditures, productivity and wages,” though he cautioned it may take time for workers to benefit.

One concern among the CEOs polled by Yale: the price of the GOP tax overhaul. The Joint Committee on Taxation, a nonpartisan scorekeeper for tax bills, estimates the legislation would add about $ 1 trillion to deficits even after accounting for projected additional economic growth.

Seventy-two percent of CEOs said it’s “wrong” for the tax package to sizably add to America’s mountain of debt.