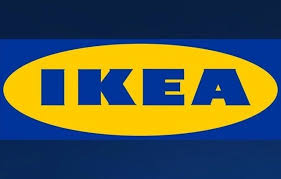 Europe is going after Ikea.

The European Commission said Monday that it will investigate the furniture maker’s tax dealings in the Netherlands.

The regulator said in a statement that Dutch tax rulings in 2006 and 2011 appear to have reduced Ikea’s tax payments in the country. It will now look into whether the decisions gave Ikea an unfair advantage over competitors.

The move is the latest crackdown by the European Union on sweetheart tax deals granted to multinational companies. The commission has previously targeted Amazon, Apple, McDonald’s and Starbucks (SBUX).

The regulator alleges that Ikea, which operates multiple companies across the Netherlands, Luxembourg and Liechtenstein, may have shifted profits between the countries in order to reduce its tax obligations.

Ikea said it complies with all tax rules, and would cooperate with regulators.

“The way we have been taxed by national authorities, has in our view been in accordance with EU rules. It is good if the investigation can bring clarity and confirm that,” the firm said in a statement.

This is not the first time that Ikea has been scrutinized by European officials.

A report published in 2016 by a group of EU parliamentarians accused Ikea of using legal loopholes to dodge an estimated €1 billion in tax payments between 2009 and 2014.

Recent EU investigations into illegal state aid have resulted in some major penalties.

The EU ordered Amazon (AMZN) to pay €250 million ($ 293 million) in October after finding that it benefited from an illegal tax arrangement with Luxembourg.

Apple(AAPL) was slapped by a huge tax bill in 2016, when the EU ordered Ireland to recover up to €13 billion ($ 15 billion) from the tech company.

Regulators are also investigating the tax arrangements of McDonald’s (MCD) in Luxembourg.