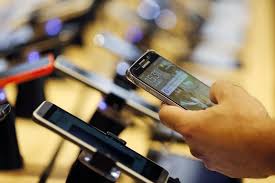 NEW DELHI (Reuters) – India has raised import tax on some electrical and electronics items such as mobile phones, television sets, digital cameras and microwave ovens to up to 20 percent, a government statement issued late on Thursday said.

Import tax on video cameras has been raised to 15 percent from 10 percent and on television sets, it has been doubled to 20 percent, the statement said.