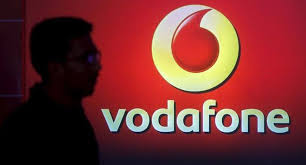 BARCELONA/LONDON (Reuters) – Vodafone plans to use its expertise in customer data to help to fend off competition in Italy from French newcomer Iliad and avoid an India-style price war, its chief executive said on Wednesday.

Iliad, backed by French billionaire Xavier Niel, is aiming to grab a quarter of the Italian mobile market using the same cut-throat prices that helped it to conquer France five years ago, sources familiar with the plans have told Reuters.

In India, new entrant Reliance Jio took more than 6 percent of the Indian market in just a year thanks to free voice and cheap data, forcing rivals – which include Vodafone – to drop prices and merge.

“Do we expect something crazy? Honestly, after India, you can expect everything. We are ready to see everything,” Vodafone CEO Vittorio Colao said at Morgan Stanley’s annual TMT conference in Barcelona.

With the French and Indian examples in mind, Colao, a former McKinsey consultant, said Vodafone’s strong data analytics had allowed the group to identify its “most vulnerable” Italian customers and to offer them special conditions adapted to their needs. He said the company had prepared for several possible scenarios but declined to give more details about its strategy.

The 56-year-old Italian said he was “very happy” with the performance of the Italian business, as adjusted core profit rose 8.8 percent in the first half of the year, despite continuing price pressure.

A senior telecoms banker said that Colao did a great job in India where Vodafone reacted swiftly by merging with Idea Cellular. But the banker said Colao’s options would be more limited in Italy because Vodafone will go head to head with Iliad in mobile services. But in B2B, which covers corporate customers, Vodafone could make some headway as Iliad is not expected to be chasing these clients for now.

Berenberg analyst Nicolas Didio said Vodafone was doing the right thing to prepare for Iliad’s arrival. But he also said the approaching battle was likely to go beyond pricing because Italy is a complex market and a new player like Iliad could be more inventive and audacious than existing players.

“Iliad wants to be the customers’ champion and that’s precisely where they could win,” he said.

Didio said he expected Iliad to launch with a sole price including unlimited voice and texts messages and a generous data package, and offer additional services such as free international calls from Italy or unlimited usage of voicemail.

“These services will unlikely weigh on Iliad’s profits as their marginal cost is limited but they would be very powerful in terms of marketing,” he said.