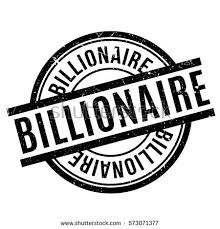 Why Billionaire Warren Buffett Is 100% Right on Apple

While billionaire investor Warren Buffett has always tended to stay away from investing in tech companies, he made his first foray into Apple (AAPL – Get Report) last year and the company’s fourth-quarter earnings beat forecasts and proved the largest shareholder of Berkshire Hathaway(BRK.A – Get Report) right.

Apple reported earnings of $ 2.07 per share, which topped forecasts of $ 1.87 and the company’s revenue of $ 52.58 billion exceeded the forecast of $ 50.69 billion. Shares of Apple are hovering around an all-time high.

Buffett’s company Berkshire Hathaway bought its first initial stake in May 2016, shortly after his annual investor conference in Omaha, Neb. where tens of thousands of shareholders attend. The conglomerate said in a regulatory filing that it purchased 9.8 million shares during the first quarter at an average price of about $ 109 a share.

In February of 2017, Buffett upped his stake and said he acquired another 72 million of Apple’s shares. Buffett made a great call on investing in the company because it can beat expectations from analysts, is a premium provider and has a network effect.

The fact that the iPhone 8 beat expectations ahead of the iPhone X release is “incredible” even though there were rumors that its sales were “anemic” and were obviously plain wrong, said Patrick Morris, CEO of New York-based HAGIN Investment Management.

Buffett made a great call on Apple, because he has some “great channel checkers,” he said. “It’s a great call, because no one thought this was an expectation-beating quarter.”

Another reason he made a “great call is because Buffett now has time to manage his position,” Morris said. Apple is likely to produce several quarters of positive momentum — which are “almost a guarantee,”

“Lastly, it keeps the Buffett mystique intact,” he said. “Whether deserved in the recent past or not, everyone is going to chase Buffett into his next trade. The man creates his own momentum trade.”

Nearly all the businesses Buffett has invested in also have this one big thing in common and that is a huge economic moat, said Robert Johnson, president of The American College of Financial Services in Bryn Mawr, Pa.

“Apple is actually the consummate Buffett stock and is available at an attractive Buffett price,” he said.

Apple also fits the bill of a company with sizable and varied economic moats, Johnson said.

“To Buffett’s way of thinking and many other like-minded value investors, an economic moat is some sort of competitive advantage that cannot be breached, much like a medieval castle with a moat filled with alligators around it,” he said.

Morningstar, the Chicago-based investment research firm adopted the concept and classifies moats into five types – having very strong intangible assets such as a brand name, being a low-cost producer, selling a product with high switching costs, possessing a network effect and having efficient scale.

The Cupertino, Calif.-based company clearly has global brand recognition, and while it definitely is not a low-cost producer, much of the allure of Apple is that it is viewed as a premium provider.

Its other economic moat involves companies that sell a product with high switching costs, which are the one-time costs or expenses that consumers will pay in order to change from one product provider to another. Switching costs can include the time and effort it takes to switch providers.

“On this count, Apple hits it out of the park,” Johnson said. “Apple customers are incredibly loyal and routinely trade in their iPhones when an upgraded model is made available.”

When it comes to how Buffett choses his investments, he considers value to be a top priority and when he first bought shares, Apple was selling for under ten-times earnings when the broader S&P 500 was closer to 24, said Johnson.

“At the time and this is still the case, Apple had a strong balance sheet with cash holdings of nearly $ 7 per share and the firm sold at a price-to-earnings-to-growth ratio — price-to-earnings divided by expected growth — of approximately 1.2 times,” he said. “In other words, it is the classic Buffett stock is selling at a Buffett valuation. That’s all you need to know about this investment.”