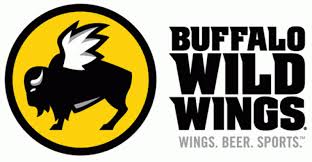 Fast food chain Arby’s likes to tout in TV ads that it “has the meats.” It’s even introduced venison to the menu. But if Wall Street rumors are to be believed, the company behind Arby’s may soon own a chain famous for something more common — chicken.

Spokespeople for Buffalo Wild Wings and Roark Capital, which also has big stakes in Auntie Anne’s, Carvel and Jimmy John’s, were not immediately available for comment.

But Buffalo Wild Wings, known as B-Dubs to its fans, has been struggling due to rising food costs and slumping sales. That could make it vulnerable to a takeover. The stock is still down more than 5% in 2017 — despite Tuesday’s big pop.

Longtime CEO Sally Smith announced in June that she would retire at the end of the year after investors elected three candidates to the company’s board who were backed by activist shareholder firm Marcato Capital. Marcato owns about a 6% stake in Buffalo Wild Wings.

Still, there have been some recent signs of a turnaround at Buffalo Wild Wings.

Shares soared after its most recent earnings report in October. Sales of so-called boneless chicken wings helped boost profits. One of the problems that Buffalo Wild Wings was facing was a spike in the price it paid suppliers for its namesake wings.

There are still concerns that ratings declines for National Football League games this season are hurting sales though. Papa John’s, the pizza partner of the NFL, has already blamed the National Anthem protests by some players for weak sales.

Same-store sales, which measure the performance at the company’s locations open at least a year, fell 2.3% from a year ago at the company-owned restaurants and were down 3.2% at franchise-run locations.

So Buffalo Wild Wings may still be a company that, like a defensive back struggling to cover a star wide receiver, gets a lot of penalty flags from Wall Street.

For that reason, several analysts think that Buffalo Wild Wings would be wise to say yes to any deal from Roark.

Morgan Stanley analyst John Glass added in a report that a deal makes sense since it would give the investors at Marcato a chance to quickly cash in on their investment.

Of course, it remains to be seen whether a takeover actually happens or not.

But a Buffalo Wild Wings acquisition would just be the latest deal in what’s been an incredibly busy year for restaurant mergers. Private equity firms and other investment companies have been hungry for deals.