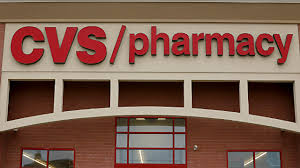 CVS hears the Amazon footsteps — and the pharmacy giant is wasting no time trying to get ahead of any Jeff Bezos plan to disrupt the drug store business the way that he has the rest of retail.

CVS said Monday that it plans to offer next day delivery of prescription drugs nationwide in 2018. In some urban markets, CVS will even deliver on the same day.
A program to deliver both medications and a select offering of other CVS products from the front of the store will begin in Manhattan on December 4.

CVS(CVS) CEO Larry Merlo made the announcements during the company’s earnings conference call with analysts.

The news comes just a few weeks after reports surfaced that Amazon (AMZN, Tech30) had received wholesale pharmacy licenses in a dozen states.

Related: Amazon may be looking to do more in the drug store biz

The speculation caused the shares of CVS and rival Walgreens (WBA) to fall, as did pharmacy benefits manager company Express Scripts (ESRX), a competitor of the CVS-owned PBM Caremark.

The stocks of drug distributors Cardinal Health (CAH), AmerisourceBergen (ABC) and McKesson (MCK) all fell too.

This is because investors are worried that Amazon, which is already changing the dynamics of the grocery business thanks to its acquisition of Whole Foods, may look to do the same for drug stores.

But Merlo said during the call with analysts Monday that he still sees Amazon as more of a potential ally than threat.

“You would never close the door on any type of partnership,” Merlo said, when asked by an analyst about possibly working with Amazon.

Still, CVS seems to recognize that the health care landscape is changing rapidly, and it needs to adjust. There have even been recent rumors that CVS may look to buy health insurer Aetna.

Aetna(AET) scrapped plans to merge with rival Humana (HUM) earlier this year due to intense regulatory scrutiny. Another insurer merger proposed by Anthem (ANTM) and Cigna (CI) died as well.

Since then, the lines between health insurers and the pharmacy giants have grown increasingly blurred and incestuous.

Anthem recently started up its own PBM, called IngenioRX, and has partnered with CVS.

And Walgreens has partnered with a Blue Cross-backed PBM Prime Therapeutics to form a new mail order pharmacy company.

Merlo and other CVS executives did not address any of the Aetna chatter on the conference call.

But if the rumors are true — and if an Aetna deal passed antitrust scrutiny — then CVS appears to be on its way towards building a formidable health care/retail giant that may avoid getting Amazon-ed.
LendingTree