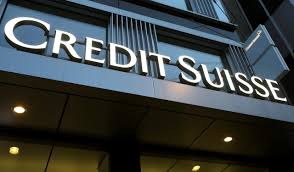 Credit Suisse Group AG has hired Paul Galietto as head of Americas equities trading, according to an internal memo seen by Reuters, in a move to further boost its stock business.

Galietto most recently was the chief of equities Americas at UBS Group AG and before that he worked more than 20 years at Merrill Lynch. A spokesperson for UBS said that Galietto left the company in 2015.

A Credit Suisse spokesman confirmed the contents of the internal memo.

Credit Suisse has made a number of senior hires this year in its stock trading unit under new equities head Mike Stewart. Those hires include Michael Ebert, who joined as global head of equity derivatives from Bank of America Corp; Doug Crofton, who was brought over from Bank of America to run U.S. equities sales and trading, and David Bleustein, who became head of Americas equity research and had worked at UBS.

Under Chief Executive Tidjane Thiam, Credit Suisse has reduced its footprint in some parts of trading, including fixed income, while focusing on ways to boost lending to wealthy clients.

Credit Suisse’s equities business in the United States ranked between No. 7 and No. 9 by revenue, according to industry tracker Coalition.

The bank said on Thursday that equities revenue had risen 5 percent year over year during the third quarter.