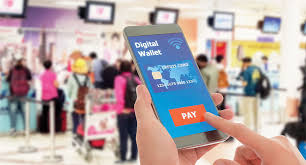 Western Union is benefitting from its expansion into digital payments. The company reported quarterly earnings that rose 8%, much higher than Wall Street estimates. Things are going so well that it also raised its profit outlook for the rest of the year.

What’s going on at the company that’s been around since 1851? It is reinventing itself. The Colorado-based firm is now the world’s largest money transfer company. It has been spending heavily to ramp up the digital side of its business so customers can move money in seconds with just a few clicks on their mobile devices. It’s also investing in its compliance operations to prevent money from moving to terrorists, drug cartels, and human smugglers.

CEO Hikmet Ersek talks up the humanitarian side of Western Union and how it helps its customers, many of them immigrants and refugees, to send and receive money for nominal fees. “People really need us to support their loved ones,” he says. “Some of them send half their salaries back home and support them.”

The average transaction is about $ 300 and Western Union collects a fee of three to four percent on average. But they add up to $ 150 billion a year. The Western Union network is vast. It has 550,000 retail locations, it conducts money transfers in 200 countries, and does transactions in more than 130 currencies.

Ersek is confident that Western Union’s business will continue to grow despite President Trump’s efforts of an immigration ban. “You can’t stop globalization,” he says. “When money moves, we believe good things are happening so I think that will continue to happen.”

Watch the video above for more of our conversation with Ersek.