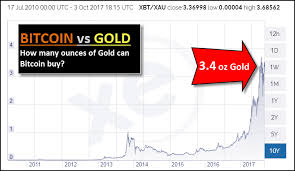 Opening the bitcoin market to average investors is a problem of securitization. Goldman Sachs is considering bitcoin operations. J. P. Morgan is working on its own block-chain technology even though its chairman calls bitcoin a “fraud.” Shares of an exchange-traded fund (ETF) called Global X FinTech (FINX) are up 43% for the year. LedgerX LLC has received permission to trade bitcoin futures and options from the Commodities Futures Trading Commission (CFTC). ProShares has filed an application for an ETF dependent upon receipt by the Chicago Board Options Exchange (CBOE) of approval for trading of long and short options on bitcoin. Wall Street sees the demand and wants a piece of the supply.

In October of 2008, Satoshi Nakamoto wrote, “The steady addition of a constant amount of new coins is analogous to gold miners expending resources to add gold to circulation. In our case, it is CPU time and electricity that is expended.” Over 16 million bitcoins have been “mined” by computers running the open-source software Mr. Nakamoto released in 2009. As gold miners are less rewarded for their effort expended as they dig deeper into the earth, so over time, will bitcoin miners be paid less for their work. The reward for each “block” added to the “blockchain” is halved every 210,000 transactions or every four years at a rate of one transaction every ten minutes. Like gold, bitcoin has the “law of diminishing returns” included in its programming. The deeper a gold miner digs, the more it costs to produce an ounce of gold.

Since 2009, the reward for verifying and storing newly broadcast bitcoin transactions has been reduced by half, and then halved again. The halving will continue until the miner is paid nearly zero in about one hundred years. There is a finite amount of gold, which can be removed from the planet before the product is worth less than the effort expended to produce it. Rather than ever-larger steel monsters eating the Earth’s crust, bitcoin miners use ever more powerful central processing units (CPU’s) to keep up with their competition for the next bitcoins to be “hashed.” Rewards for mining bitcoins have an endpoint similar to that of gold. By halving the reward every four years, the miner will eventually be paid next to nothing for effort expended.

Shekel is a term still used to refer to coined money in some cultures today. Croesus, King of Lydia in the 6th century BC, may have been the first to issue coins called shekels. Originally a weight measure for barley, it became a monetary value when it was used to measure gold. One shekel equaled about one-third of an ounce of gold. Today, one of those shekels would be worth about four hundred dollars. Coins stamped out of metal with universally recognized value expedited transactions of goods and services. Instead of having to trade a load of barley directly for food, shelter, and clothing at the time of delivery, a barley producer could take the value of his barley in tokens that could be carried in a pocket or purse. With convenient conveyance and storage also came increased risk of sudden loss to thieves, so security of savings became more important as people’s collection of shekels increased.

The most popular shekel today is bitcoin. Bitcoin introduces the certain value of hard currency in a form that is portable, transmittable and secure. One bitcoin today represents the value of fifteen shekels or about five ounces of gold, but 10,000 bitcoins can be carried on a memory stick. For an equivalent value of shekels, one would need at least a couple of pickup trucks. Bitcoin, with the click of a mouse, can be used as a buy-in for an online poker game, to order a new television, or purchase a tropical island. Shekels, where accepted, require delivery and delivery is a problem when carrying such weight and wealth in a pocket, purse, or pickup truck. Bitcoin is secured by the ever-decreasing possibility of hacking the source code, which gets longer with a new iteration every ten minutes. For their efforts, honest mining would better reward hackers than digital theft. Shekels can wear holes in pockets, be left in purses at the blackjack table, or be outright burgled.

But bitcoin today is not the only cryptocurrency available as shekels were not the only coined precious metal. Coins of other realms stamped with other royal faces came to compete with the shekel accompanied by the problem of comparative valuation between currencies. How many drachmas per shekel? What is the value of 1000 obols in staters? Today the questions include: How many Litecoin per Bitcoin? What is the value of 1000 Peercoin in Ethereum? What are a million Euros worth in IOTA?

Enter Legolas. Not the Sindarin Elf of the Woodland Realm in The Hobbit, but “a demonstrably fair, premium centralized exchange using decentralized blockchain technology.” As Forex is the market in which currencies are traded, so Legolas intends to be the market for cryptocurrencies. Developed by Frederic Montagnon, co-founder of French ad tech company Teads, Legolas intends to bring security and transparency to the infant market for “cross-chain” transactions. Legolas, like bitcoin, will publish all its transactions in a public blockchain to prevent theft by hacking. In so doing, they will create a monetary digital token, called LGO, compatible on the Ethereum blockchain. One side of every transaction on the Legolas Exchange will be denominated in LGO.

As important as security is Legolas’ proposed ability to make large, immediate and anonymous transactions between bitcoin, other cryptocurrencies, and fiat money. For this purpose, the Legolas business model requires inclusion of an established banking institution. Their associated bank, PayQix, is a next generation bank with accounts in both fiat and cryptocurrencies, which can process large transactions.

There is pent-up demand for investment vehicles that will allow conservative investors to dip a toe into the cryptocurrency market. Fundamental to opening this market to average investors are immediate, transparent and secure intra-chain (Ethereum/bitcoin), cross-chain (Litecoin/Ethereum), and fiat/crypto (Euro/bitcoin) transactions. Legolas intends to cover 100% of this market and become “the largest fair exchange in the world”, and be able to answer the question, “How many shekels for one bitcoin?”