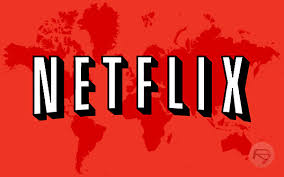 ‘House of Cards’ made Netflix a powerhouse. What now?

The fate of the Netflix hit show “House of Cards” is up in the air following the sexual abuse accusations lodged against Kevin Spacey, who stars as the manipulative Frank Underwood.

But no matter what happens next, the DC drama that also stars Robin Wright as Frank’s wife Claire is what made Netflix an entertainment powerhouse.
“House of Cards” transformed Netflix (NFLX, Tech30) from a company that relied mostly on other studios’ content and DVD rentals into a Hollywood juggernaut that makes its own buzzy, watercooler TV and Emmy and Oscar winning films, shows and documentaries.

The success of “House of Cards” helped legitimize Netflix and proved consumers were hungry for shows with shorter seasons (many Netflix shows have just 8-13 episodes) that they could view in a few sittings — a term we now all know as binge watching.

If not for Frank and Claire Underwood, Doug Stamper and the rest of those immoral Washington insiders, there may not have been “Orange is the New Black,” “The Crown,” “Stranger Things,” “Narcos” and more of the now legion of Netflix hits.

Heck, one could even argue that Netflix proved it was possible for Amazon (AMZN, Tech30), Hulu and other streaming giants to thrive as well.

So it’s fair to wonder if Netflix can continue to remain as relevant if it is forced to prematurely end “House of Cards” — which was based on a shorter British miniseries of the same name about a Machiavellian UK prime minister named Francis Urquhart.

Netflix has already said the sixth season will be its last, but production has now been suspended and there is already some chatter that Netflix may be looking to do some spin-offs of the show that don’t involve Spacey.

But Netflix may no longer need “House of Cards” — even if that’s what helped transform the company into what it is now.

When Netflix reported its fourth quarter of 2012 results on January 23, 2013, days before “House of Cards” debuted, the company had 33 million streaming subscribers. Its quarterly sales were less than $ 1 billion. The company’s market value was $ 5.7 billion.

Today, Netflix has 109 million subscribers, quarterly revenue of nearly $ 3 billion and a market value of $ 85 billion. To put that last number in perspective, Netflix is now worth more than established Hollywood giants Fox (FOXA), CBS (CBS) and Viacom (VIAB) — combined.

Netflix accurately predicted the shift in how we watch TV before “House of Cards” debuted. Check out what the company said in its fourth quarter 2012 earnings letter to shareholders.

“When it comes to highly serialized TV series, Netflix offers an amazingly better experience than any other alternative as members can start right from season one, episode one and watch episodes how and when they feel like it.”

The company also had this to say.

“Imagine if books were always released one chapter per week, and were only briefly available to read at 8pm on Thursday. And then someone flipped a switch, suddenly allowing people to enjoy an entire book, all at their own pace.”

“That is the change we are bringing about. That is the future of television. That is Internet TV. ”

Related: Can MoviePass be the Netflix of theaters?

Well, the notion of calling it Internet TV never really caught on. But watching an entire season of a show in a weekend only to wait a year or more for the next installment of new episodes, has.

And so far, it doesn’t seem that the company is too concerned about the uncertainty surrounding “House of Cards” — or even looming competition down the road from major media companies. particularly Disney (DIS).

The House of Mouse plans to set up its own streaming service in a few years, and that network will eventually be home to Disney’s library of Marvel, Pixar and Lucasfilm (i.e. Star Wars) movies.

But Netflix still has a relationship with Disney that is helping to boost its subscriber base, namely the Marvel shows featuring Luke Cage, Iron Fist, Jessica Jones, Daredevil and The Punisher characters from Marvel.

And Netflix is planning tons of new shows for the post-Disney world. The company said in its most recent earnings release that it will spend as much as $ 8 billion on its own programming in 2018.

“While we have multi-year deals in place preventing any sudden reduction in content licensing, the long-term trends are clear,” Netflix said.

“Our future largely lies in exclusive original content that drives both excitement around Netflix and enormous viewing satisfaction for our global membership and its wide variety of tastes,” the company added.

Investors aren’t too worried about Netflix potentially losing some of its Hollywood partners either. Shares of Netflix are up 60% this year and are not far from an all-time high. Disney shares, on the other hand, are down 5%.