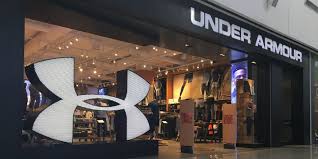 Under Armour slashed 2017 sales and profit forecasts and reported its first year-on-year fall in revenue in the third quarter as it took an $ 85 million charge for restructuring and faced fierce competition from Nike and Adidas.

But shares in the company, which have already halved this year, fell another 13% to $ 14.3 in premarket trading.

Under Armour uaa said it expects a percentage rise for its full-year revenue in the low single-digits, compared to a previous forecast of growth of 9-11%.

The company also said it expected its 2017 adjusted earnings to be from 18 cents to 20 cents per share, compared to previous expectations of 37 cents to 40 cents.

It reported a 4% dip in revenue to $ 1.41 billion, its first decline in revenue since it floated in 2005. Analysts on average had expected $ 1.48 billion, according to Thomson Reuters I/B/E/S.

That reflected the $ 85 million charge taken for restructuring plans announced in August.