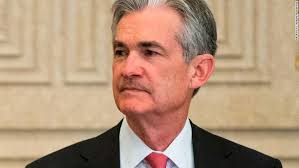 Powell would be the first investment banker to chair the Fed

If Jerome Powell is tapped as the next chairman of the Federal Reserve, he’ll be the first former investment banker to hold the position.

Sources tell CNN Trump is likely reveal his pick to head the Fed on Thursday, and Powell, 64, is reported to be the leading contender.

He’s been a governor at the nation’s central bank since he was nominated by President Obama in 2012. At the time of his appointment, he was a visiting scholar at a Washington think tank. But much of his career has been in investment banking and private equity.

Powell, a Princeton graduate, was a lawyer in New York before he joined the investment bank Dillon Reed & Co. in 1984. He stayed there until he joined the Treasury Department in 1990. After he left Treasury, he became a partner in 1997 at The Carlyle Group (CG), the private equity and asset management giant. He left Carlyle in 2005.

Powell would not only be the first investment banker to head the Fed, but he’d also be the first individual who is not an economist to take the helm in more than 40 years.

Current Chair Janet Yellen was an economics professor before she was named a Fed governor. Ben Bernanke, her predecessor, had a similar career path. Alan Greenspan was the head of an economic consulting firm he founded, while Paul Volcker worked primarily as an economist at the Fed and the Treasury department. He did work at Chase Manhattan bank back in the 1960s, but that was when commercial banks like Chase were not allowed to do investment banking.

And thanks to his investment banking background, Powell will also be far wealthier than his recent predecessors.

Powell’s assets are worth between $ 21 million and $ 61 million, according to financial disclosures which require officials to give a range in the value of their various holdings.

An investment banker has never had the top job at the Fed, but Fed critics have often complained about the so-called “revolving door” between Wall Street firms and the Federal Reserve. Four of the Fed’s current 12 regional bank presidents used to work at Goldman Sachs (GS), which has raised concerns that the Fed won’t be tough enough in regulating big banks.

Powell has worked with Yellen on a daily basis for years, so it’s doubtful there would be a major shift in monetary policy if he gets the top job. But he might part ways slightly with Yellen when it comes to the regulatory reforms put in place at the Fed after the financial crisis.

Powell largely supports Dodd-Frank, the sweeping set of reforms instituted after the financial crisis to make banks healthier. President Trump has at times threatened to get rid of parts or all of Dodd-Frank.

But he has also urged Congress to rewrite one provision of Dodd-Frank called the Volcker Rule, which is meant to prevent banks from making risky bets using taxpayer money. Powell argued in June that it creates an unnecessary burden on small community banks.

“He’d be a little less tough on banks than Yellen,” says David Wessel, a senior fellow at the Brookings Institution. “But not nearly as easy on the banks as the Trump administration wants to be.”
LendingTree
Terms & Conditions apply