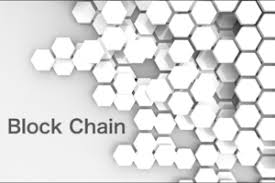 Advocates of cryptocurrency and blockchains, a new accounting technology that originated with Bitcoin, like to throw rocks at today’s corporate giants.

The crypto-boosters say the present-day tech kings—Apple aapl , Google goog , and Amazon amzn among them—are organized in too top-down a manner. In their view, blockchains—and all the decentralization they offer—pose a threat to incumbents.

So how seriously are the biggest names in tech taking blockchains? Joseph Lubin, cofounder of Ethereum—the most established cryptocurrency network after Bitcoin, shared his view at an Oct. 24 event in Manhattan hosted by the news outlet Quartz and non-profit documentary filmmaking outfit Retro Report.

“Apple seems to be largely uncaring and unaware. Google is making investments, but it’s not clear that they have lot of activity going on,” Lubin continued. “Amazon, we’ve not seen that much, so we’ll see.”

Kevin Delaney, editor-in-chief of Quartz and the session’s moderator, pressed Lubin on the issue. “Do you think there’s a risk that blockchain tech could overturn some of these?” he asked

“Yes, I could absolutely imagine a decentralized Amazon,” Lubin replied. “We’ve seen the pieces. They’re not all connected to one another. They’re not all but out or remotely mature, but I could imagine an open platform of many different actors with different roles.”

The same could be done with Facebook, said Lubin, who is also founder of ConsenSys, a Brooklyn-based studio that develops Ethereum-based projects. “We could stand up decentralized platform that offers same services.”

A notable omission from the conversation was Microsoft, which has been incredibly bullish about blockchains, partnering on a bevy of trials with other companies in recent months. In August, the company released its “Coco framework,” a piece of technology that improves various aspects of blockchains for enterprise, including better performance and confidentiality on its Azure cloud platform on which customers can run blockchains that help customers manage digital bank guarantees or issue insurance.

To be sure, Lubin is not nearly as iconoclastic about the present-day tech giants as some of his peers. He prefaced his remarks by saying that “those are awesome companies—they’re just mind-blowing.”

“They’ll get religion and become aware,” Lubin said, warning that businesses that act solely as middlemen will have to come to grips with a new vision of the future as presented by blockchains.

“I don’t think you’ll see intermediaries extracting too much value sticking around for too long.”

The Ledger is a Fortune project focused on the intersection of tech and finance.