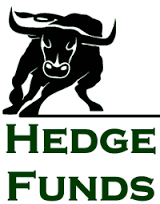 Want to succeed on Wall Street? Don’t be a jerk

The world of hedge funds is often a cut throat one, where manipulation is often considered just a part of the game. But a new study shows that the most aggressive, ruthless traders actually do worse than the ones who try a little tenderness.

The study, found in the latest issue of Personality & Social Psychology Bulletin, finds that hedge fund managers who exhibit ‘psychotic’ behavior (defined by healthcare professionals as someone who acts in a manipulative fashion for personal gain) had the worst investment records.

Researchers looked at 101 top hedge fund managers, with a collective $ 4.6 billion under management. The average return for the group from 2005 to 2015 was 7.27%. The biggest jerks, though—that is, the ones high on the psychopathy scale—were 0.88% behind the average.

Psychology professor Leanne ten Brinke of the University of Denver, co-author on the study, tells Bloomberg that the disparity could exist because the psychopaths are also narcissists who can’t admit when an investment isn’t working.

The study follows a 2016 report from ten Brinke and others that found psychopathic senators had fewer co-sponsors on their bills.

“More psychopathic individuals tend to be able to talk the talk, but not walk the walk,” ten Brinke told Bloomberg.