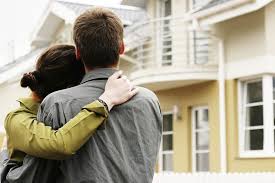 The Middle East has the world’s biggest tech fund, but it hasn’t invested a cent in the region yet.

About 60% of the capital in the $ 100 billion Vision Fund comes from Saudi Arabia and the United Arab Emirates. It has backed several companies across the world but none in the Middle East and North Africa.

Experts say that’s because the region lacks the early funding required to grow startups to a size that will attract big investors. Only two unicorns have come out of the Gulf region: Careem, a ride hailing app, and Souq, an e-commerce platform that was bought out by Amazon earlier this year.

Walid Mansour, chief investment officer at Middle East Venture Partners (MEVP), says startups in the region are too small to attract the big bucks. An investor the size of the SoftBank (SFTBF)-backed Vision Fund would most likely want to back companies worth more than $ 1 billion, he said.

The Vision Fund invests a minimum of $ 100 million at a time. It declined to comment on specific industries or regions but said its “strategy is to make long term investments in large scale growth opportunities within the global technology sector.”

Getting to that scale requires a thriving startup environment, and there the region has a problem.

Venture capital investments in the Middle East totaled just $ 400 million in 2016, according to a report published in June by the MENA Private Equity Association.

Compare that with the U.S. and Europe, where $ 58.6 billion and $ 16 billion, respectively, were invested.

Related: Why SoftBank is investing in Uber — and its big rivals

“The MENA region is playing a challenging game of catch-up,” said Philip Dowset, partner at law firm Morgan Lewis & Bockius in the report. “The… venture capital industry is still in its infancy.”

Other challenges include laws and regulation surrounding the tech industry, as well as ownership issues. Some Gulf countries prevent foreign investors from owning 100% of a company.
The Middle East has yet to get a slice of the SoftBank-Saudi $ 100 billion tech fund.

Setting up in the Gulf countries can also be more expensive than the U.S and Europe, because of the costs of registering a business and visa fees for employees. News headlines about regional conflicts also don’t encourage investors, Dowset added.

Still, some investors say there’s money to be made in Arab startups. MEVP last month launched the biggest private tech fund in the region, raising $ 250 million.

In an interview with CNNMoney, Mansour said the region has the talent, the oil wealth and the markets to build a vibrant startup scene.

Money to be made

What’s missing is a venture capital industry that can provide cash, particularly given a reluctance among regional banks to invest, he said. He estimates the sector needs between $ 5 billion and $ 7 billion a year.

“It doesn’t mean we don’t have entrepreneurs in the Arab world… at the core it’s a very entrepreneurial economy,” said Mansour. “It’s about professional teams that build funds and deploy these funds in a portfolio of 15-20 companies and create an eco-system out of them. That’s going to create successes, learnings and synergies.”

MEVP has invested in 40 companies through earlier funds. It holds a stake in Anghami, also known as the Middle East’s answer to Spotify. Anghami has more than 50 million users across the region.

The firm has also invested in companies such as The Luxury Closet, a regional equivalent to The RealReal, the U.S. online consignment shop specializing in luxury goods.

Another company MEVP backed was an Arabic food recipe app called Shahiya. The bet paid off and MEVP says it made six times its investment when it was sold two years later for $ 13.5 million to Japan’s Cookpad (CKPDY).

“Five, six years ago people would say nobody made money in this business… We’ve proved that this works, [we can] make money and build big businesses,” said Mansour.