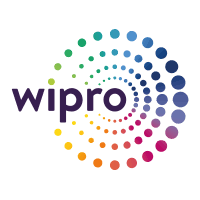 Revenue from banking, financial services and insurance rose 8.2 percent, the company said. Revenue from IT services overall increased to 131.69 billion rupees ($ 2.03 billion) from 131.37 billion rupees, slightly above its forecast of a range of $ 1.96 billion to $ 2 billion.

Bengaluru-headquartered Wipro, India’s third-largest software services exporter, also said it expected revenue from the IT services business to be in the range of $ 2.01 billion – $ 2.05 billion in the quarter ended Dec. 30.