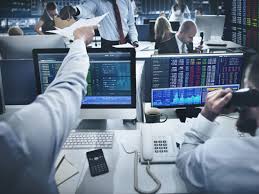 What changed for the market while you were sleeping? Here are 20 things to know

The Nifty created history yet again on Friday as the index surpassed its previous record high of 10,178 and hit a fresh all-time high of 10,191.90. The index made a bullish candle on the daily charts for second consecutive day in a row.

Stay tuned to Moneycontrol to find out what happens in currency and equity markets today. We have collated a list of important headlines from across news agencies:

US markets end higher, S&P up for a fifth week

Asian shares advanced to new highs on Monday following Wall Street’s lead. MSCI’s broadest index of Asia-Pacific shares outside Japan gained for a fifth day running to be up 0.3 percent. Australian shares extended their winning streak to a fourth straight session to rise 0.6 percent, while Japan’s Nikkei .N225 rallied for a sixth day to the highest since November 1996, Reuters reported.

The Nifty50 futures on the Singapore Stock Exchange were trading 31.50 points higher at 10242 indicating a positive opening for the domestic market.

Reliance Industries has reported consolidated profit at Rs 8,097 crore for the quarter ended September 2017, a growth of 12.8 percent compared to year-ago quarter but registered a 10.8 percent decline from previous quarter. Revenue from operations grew 5 percent sequentially and 16.5 percent year-on-year to Rs 95,085 crore in second quarter of FY18, driven by growth across segments – petrochemical, refining, organised retail and digital businesses.

IndusInd Bank on Saturday announced merger with Bhart Financial Inclusion. The deal is subject to approvals from the RBI, market regulator Sebi and CCI among others. According to the deal, Bharat Financial shareholders will get 639 shares of the bank for every 1,000 held. The deal is likely to be completed in 9-10 months.

IMF chief Christine Lagarde said the Indian economy is on a “very solid track” in the mid-term. Describing the two major recent reforms in India – demonetisation and Goods and Services Tax (GST) – as a monumental effort, Lagarde said it is hardly surprising that there “is a little bit of a short-term slowdown” as a result. we believe that India is for the medium and long-term on a growth track that is much more solid as a result of the structural reforms that have been conducted in India in the last couple of years,” the IMF Managing Director Lagarde said, PTI reported.

North Korea is believed to be preparing to launch a ballistic missile ahead of an upcoming joint naval drill by the US and South Korea, a news report said on Sunday, citing a government source. The Donga Ilbo daily, quoting a government source, said satellite pictures show ballistic missiles mounted on launchers being transported out of hangars near Pyongyang and in the North Phyongan Province.

Equity mutual funds registered an inflow of over Rs 80,000 crore in April-September 2017, a three-fold growth from the year-ago period, mainly due to the ongoing shift of household savings from real estate and gold to such financial products. As per the data, equity funds, which also include equity-linked saving schemes (ELSS), saw net inflows of Rs 80,357 crore in the first six months of the ongoing fiscal, much higher than Rs 22,233 crore infused in April-September 2016-17, PTI reported.

FinMin may finalise capital infusion plan for PSBs by Dec

The finance ministry is working on capital infusion strategy for the public sector banks (PSBs) and it is expected to be finalised by December, according to official sources. Besides providing capital for meeting regulatory requirements, the ministry is looking at providing capital to performing state-run banks to boost credit disbursement, PTI said.

Sebi has ordered for a forensic audit of two companies, Jalan Cement Works and Ritman Infra, after finding prima facie evidence of misrepresentation of financials by them. It has given 30 days time to the two companies for filing their reply or objections to the interim order, PTI reported.

Niti Aayog Vice Chairman Rajiv Kumar has said the economic slowdown that began in 2013-14 has bottomed out and the GDP is likely to grow 6.9 to 7 percent this fiscal and 7.5 percent in 2018-19. “I think by the time you come to the first quarter of 2018, you will see a stronger recovery, and fiscal 2018-19 will be the much better year than fiscal 2017-18,” Niti Aayog Vice Chairman Rajiv Kumar said, as reported by PTI.

FPIs invest $ 1.5 billion in debt markets in October so far

Overseas investors have pumped a staggering USD 1.5 billion into the country’s debt markets in the first two weeks of this month, primarily due to “positive real interest rates” and lower currency volatility. This comes following a net inflow of Rs 1.4 lakh crore in last eight months, February-September 2017. Prior to that, they withdrew more than Rs 2,300 crore, PTI reported.

Oil will crash to $ 10 a barrel, strategist says

Oil prices are poised to crash to just $ 10 per barrel over the next six to eight years as alternative energy fuels continue to attract more and more investors, Chris Watling, chief executive of Longview Economics, told CNBC on Friday.

Sebi on Saturday slapped a total penalty of Rs 15 lakh on an individual for indulging in synchronised trading and acting as a portfolio manager without registration. The matter is related to trading in the scrips of RM Mohite Textiles and Atlas Cycles (Haryana), PTI reported.

Govt invites bids from EIL, other PSUs to buy out PDIL

The government on Friday invited bids from EIL or other similarly placed PSUs to buy out its 100 percent shareholding in consultancy firm PDIL. Expression of Interest for PDIL buyout would have to be sent by November 9. As of March 2017, the paid up capital of PDIL is Rs 17 crore. As of September 2017, PDIL has 363 permanent and 116 contractual employees, The Economic Times reported.

Sebi on Friday banned Swasata Steel Industries Ltd (SSIL) and its seven directors from the securities market for at least four years in a case related to illegally raising Rs 12 crore from the public, PTI reported.

The Rs 11,370-crore initial public offer (IPO) of state-owned General Insurance Corporation of India was oversubscribed 1.37 times on the last day of bidding on Friday. GIC Re’s IPO received bids for 17,06,99,808 shares against the total issue size of 12,47,00,000 shares, data available with the NSE till 1915 hrs showed, PTI reported.

Sany Heavy Industry heads up a list of close to 600 companies planning to invest a total of about $ 85 billion in India in projects that will create an estimated 700,000 jobs in the country in next five years, The Economic Times reported.

Finance minister Arun Jaitley said the short-term adverse impact of demonetisation and rollout of the goods and services tax (GST) is mostly over and recent manufacturing data indicates that India’s growth story will soon be back on track, The Economic Times reported.

Godrej Agrovet to debut on bourses on October 16

Godrej Agrovet, the diversified agro-business company, will make a Dalal Street debut on Monday, October 16, 2017. The final issue price is fixed at Rs 460 per share, at the higher end of price band. Analysts expect the listing price to be in Rs 550-600 per share range, given the overwhelming response to the issue and market demand.

Oil prices jump on fear of new US sanctions against Iran

Oil markets opened up strong into the new week, with Brent crude up by one percent as concerns over renewed US sanctions against Iran drove prices up. Brent crude futures were at USD 57.79, up 62 cents, or 1.1 percent, Reuters reported.

Rupee climbs 19 paise against US dollar to 64.89
The rupee strengthened 19 paise to 64.89 against the US dollar on Friday, buoyed by a set of positive economic data. A stronger opening in domestic stocks and the dollar’s reduced strength against some currencies overseas kept the rupee on a firm ground, PTI reported.