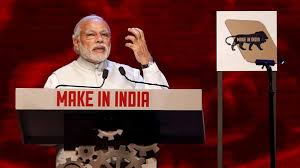 Prime Minister Narendra Modi’s government is set to cut red tape for small and medium-sized companies on Friday, as it rushes to address growing criticism of its stewardship of Asia’s third-largest economy.

Modi, in a rare acknowledgment that economic sentiment had turned negative, this week defended his handling of the economy, which in the June quarter grew at an annual 5.7 percent, its slowest rate in three years.

Small and medium-sized enterprises, crucial to Modi’s plans to create millions of more jobs, have been hurt by a massive tax overhaul launched in July that added layers of extra bureaucracy for firms and hit exports.

Finance Minister Arun Jaitley will on Friday chair a meeting of the council for the Goods and Services Tax (GST), a landmark reform which turned India’s 29 states into a single customs union for the first time.

Officials with knowledge of the meeting and industry bodies said they expected the government to simplify the filing of tax returns under GST to ease the burden on smaller businesses.

Many companies also want the government to increase the size of turnover imposed before they must start filing returns.

“We are not in a denial mode that there is a problem in the SME (small and medium enterprises) sector,” said a senior lawmaker who has been working with Modi’s office to combat the economic slowdown.

Ajay Sahai, head of the Federation of Indian Export Organisation, said he expected the government to allow its 25,000 small and medium-sized members to file tax returns quarterly.

“The drill to file returns every month is exhausting,” he said.

While a mountain of bad loans has crimped bank lending to India’s bigger companies, smaller firms have been hurt by a government move last November to stamp out “black money” – untaxed cash that oils many industries – and by GST, whose complex structure has baffled companies down the supply chain.

“Informal sources of working capital (for smaller firms) has dried up,” said Anil Bhardwaj at the Federation of Indian Micro and Small and Medium Enterprises.

He predicted that it would be another year before GST began to have a positive impact on smaller companies.

Jaitley has promised steps to boost economic growth back above 7 percent and towards the levels economists say India requires to generate employment for the one million entering the workforce every month.

Modi built a reputation as an economic reformer capable of delivering jobs and wealth for an increasingly aspirational population, but slowing growth will be near the top of voter concerns in upcoming state elections.

Investment remains low. The government has hiked spending on infrastructure, but private investment has remained muted.

“It is not easy because our banking system is in deep trouble and private investment is not picking up,” the lawmaker said. “The government will have to recast all policies that will activate the public sector.”