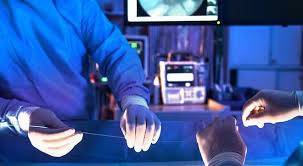 The United States is pressing India not to extend price caps on medical devices and wants New Delhi to allow firms to withdraw products from the market if they do not wish to sell at government determined rates, a U.S. trade official told Reuters.

Prime Minister Narendra Modi’s government has in recent months slashed prices of medical devices such as knee implants and heart stents by up to 75 percent to make them more affordable.

But the $ 5 billion Indian medical-technology industry – which counts U.S. firms such as Abbott Laboratories, Boston Scientific Corp and Johnson & Johnson as key players – has protested these moves, saying they hurt innovation, profits and future investment.

A senior United States Trade Representative (USTR) official said they were pressing India to not extend price caps to other devices, allow for higher pricing for technologically advanced equipment and let companies withdraw their products if they wish to.

India last month issued orders which effectively barred companies from any immediate withdrawals of heart stents or knee implants following price capping to ensure adequate supply of devices for patients. Abbott, for example, wants to withdraw one of its stents saying it’s not commercially viable under government set prices, but India has rejected its plea.

“It is a principal concern for the United States,” the U.S. official said on condition of anonymity.

India’s trade ministry, which co-chairs such discussions under the U.S.-India Trade Policy Forum did not respond to a request for comment. The federal drug pricing regulator referred questions to the department of pharmaceutical, which did not respond to queries.

Modi, however, has previously said that providing affordable healthcare to patients takes precedence over the interests of companies.

The government has equated high margins charged for some medical devices with “illegal profiteering”. In some cases these margins can exceed 400 percent.

The United States has been increasing pressure on India to revise its stance on price caps for medical devices. A person familiar with the matter said assistant USTR Mark Linscott and his delegation last month conveyed their concerns to Indian trade officials in New Delhi.

In May, a group of U.S. Congress members urged India to reconsider its decision to cap prices of stents, which are tiny wire mesh tubes used to treat blocked arteries.

Tanoubi Ngangom, an associate fellow for healthcare at the New Delhi-based Observer Research Foundation, said India must continue to develop policies based on its requirements and not succumb to diplomatic pressure.

“Indian government should retain a pro-public health stance on pricing medical devices to ensure access to affordable healthcare,” she said.