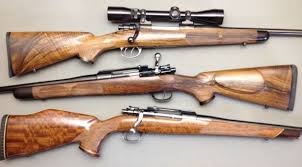 Not even one of the deadliest mass shootings in U.S. history can convince investors that Congress is going to move on gun control.

Take a look at gun stocks’ recent performance. Predictably, the share prices of stocks like Smith & Wesson maker American Outdoor Brands aobc and Sturm, Ruger & Co. rgr jumped on Monday on news of the shooting outside the Mandalay Bay resort in Las Vegas, which left at least 59 people dead.

Gun makers’ stocks tend to rise following a headline-dominating massacre. That’s because in the past, buyers have stocked up on firearms in anticipation of new gun control laws that could curtail future purchases.

But this time around, investors don’t seem to anticipate the same pattern. Despite Tuesday’s uptick, the companies’ shares still trade considerably lower than they did when Donald Trump took office. That’s an indication that traders believe the chances gun control will be passed under President Trump after a shooting are still lower than they would have been under President Barack Obama. Smith & Wesson’s parent company’s stock is down nearly 40% since before Trump was elected, and Sturm, Ruger is down about 10%. Since Trump’s election, gun sales have also fallen. Sturm, Ruger reported that year-over-year sales for the first two quarters of 2017 were down 22%.

But even more interesting is how those stocks performed after a mass shooting in the Trump era vs. under Obama. Gun stocks’ post-shooting rally this week— 3.5% for Sturm Ruger and 3.2% for Smith & Wesson — was smaller than those stocks saw after comparable shootings during the Obama era. In June of 2016, for example, on the first trading day after a man at the Pulse nightclub in Orlando shot and killed 49 people, Sturm’s Ruger jumped 8.5% and Smith & Wesson’s owner jumped 6.9%.

The takeaway, with a Republican-led House and Senate, is that tougher gun control laws remain a distant dream in the U.S. In fact, statistically speaking, the shooting may actually be more likely to have the effect of loosening gun laws.

Researchers at Harvard Business School found last year that while mass shootings do increase the number of bills introduced in a state, whether those bills tighten or loosen restrictions depends on the party in power. When Republicans are in power, the number of laws passed to loosen regulations in a state jumps by 75% following a mass shooting. After the 2016 election, Republicans held majorities in more than two-thirds of the country’s state legislatures.