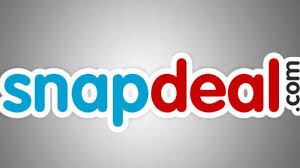 The Company Formerly Known as Yahoo Just Gave Up on Snapchat

Three years after investing in Snapchat, the company once known as Yahoo announced it has dumped its entire stake in the photo messaging app maker — at a fraction of the Snap stock’s former value.

Yahoo was renamed Altaba in June following the sale of its core business to Verizon (vz). Altaba (aaba), primarily made up of Yahoo’s horde of Alibaba stock, also owned Snap stock, dating back to Yahoo’s investment in Snapchat in 2014. But Altaba said Monday that it sold all of its 4.6 million shares of Snap (snap) for $ 69.3 million last month, equating to a sale price of $ 15 a share. That’s far less than what the company might have gotten had it sold Snap stock earlier, soon after the Snapchat parent went public in March.

For example, in April, when Yahoo first disclosed the Snap position, the stake was worth nearly $ 98 million, with Snap’s stock price above $ 21. Right after the Snap IPO this winter, Snapchat stock traded as high as $ 27 a share, which would have valued Yahoo’s stake (later inherited by Altaba) at almost $ 125 million.

Since then, Snap’s stock price has fallen roughly 45%.

Still, Yahoo — and its successor company Altaba — reaped an impressive return on Snap stock. Yahoo invested $ 25 million in Snapchat in the fall of 2014, when the disappearing photo startup was still a private company. Selling the stock not quite three years later, Altaba scored a 177% return on that investment, much better than the 36% the S&P 500 returned over the same period, including dividends.

In fact, Altaba made more on Snap than it did on its stake in Chinese e-commerce giant Alibaba (baba), which has returned 96%. Even Snapchat’s biggest rival, Facebook (fb), didn’t perform quite as well: Facebook stock is up just 121% for the same three-year timeframe.

Yet while Altaba did not give a reason for why it sold Snap stock, its decision to exit the investment now is another sign that investors are losing patience with the fledgling social media company. Since Snap stock fell below its IPO price in July, everyone who bought the shares at their public market debut has lost money on their investment. And Snap’s first two earnings reports as a public company also disappointed Wall Street’s expectations.