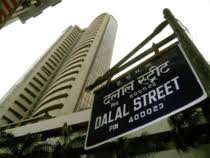 NEW DELHI/MUMBAI (Reuters) – Rising concerns about India’s economy and the government’s fiscal discipline have sparked strong selling by foreign investors in Indian equities and sent the rupee tumbling, removing some, but not all, of the sheen from a hot emerging market play.

A confluence of factors, including sharply slower-than-expected economic growth, rising oil prices, and worries the government might boost spending and widen its fiscal deficit target have combined to pummel Indian markets in September.

The rupee slumped 2.2 percent this month, its worst monthly performance since November and the second-worst performance in Asia after the Japanese yen.

Foreign investors are also selling in equities, with net outflows of $ 1.11 billion in September, adding to their $ 2 billion outflow last month – the longest streak since sales of more than $ 4.5 billion from last October to January.

The Reserve Bank of India (RBI) is also well placed to manage any currency volatility after building up record foreign exchange reserves of $ 402.5 billion.

But much will depend on how Prime Minister Narendra Modi’s government opts to arrest India’s economic slowdown after his promise of deep economic and fiscal reforms had enamoured foreign investors.

“On a structural long-term basis India remains head and shoulders above all other emerging markets.”

Nonetheless, some of the recent shine that saw foreign funds flock into India has worn off.

India’s economy grew 5.7 percent in the April-June quarter, its slowest pace in more than three years, as the country deals with the lingering impact of last year’s shock cash squeeze and the implementation of a national goods and services tax unveiled in July.

Meanwhile, oil prices are rising sharply – a worry in a country that imports two-thirds of its energy needs.

But investors say none of these risks are yet at alarming levels. Yield-chasing investors continue to lap up Indian debt, helping support the rupee and forcing the central bank late on Thursday to raise investment limits after overseas funds almost fully exhausted their quotas.

“We are less concerned about India. We see this as an opportunity, actually, and we have already been increasing our exposure to the market,” said Kenneth Akintewe, senior investment manager for Aberdeen Asset Management in Singapore.

Furthermore, a weaker rupee is not entirely bad news for Asia’s third-largest economy.

The currency’s near 7 percent gain against the dollar between January and early August had raised alarm within the government as it was seen depressing exports and driving up imports, threatening to hollow out Modi’s signature ‘Make in India’ programme.

To stem the appreciation, the central bank has stepped up dollar purchases. Nomura estimates, the Reserve Bank of India bought on average $ 6.9 billion of the greenback a month between April and July.

But how the government now deals with the economic slowdown will matter.

Although New Delhi, for now, has stuck to its full-year borrowing target, investors remain concerned that Modi’s government may bust the fiscal deficit target, currently set at 3.2 percent of gross domestic product for the year ending in March, to pump prime the economy, rather than continuing long-term reforms.

Officials told Reuters last week the government was considering spending up to 500 billion rupees ($ 7.66 billion), widening the deficit by as much as 3.7 percent – an outcome that could alarm foreign investors.

“You don’t want to squander away that credibility.”