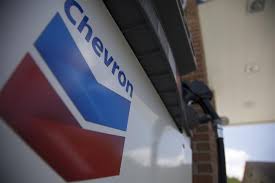 Longtime Chevron CEO John Watson is stepping down, clearing the way for a new captain to steer the company through a turbulent period in the oil industry.

Chevron(CVX) announced the leadership change on Thursday. Watson will retire February 1 after eight years at the helm and nearly four decades with the country’s No. 2 oil company.
Watson, 61, will hand the reins to refining specialist Michael Wirth, who has been with Chevron since 1982.

“Mike is a proven leader who is ideally suited to lead Chevron into the next chapter of our history,” Watson said in a statement.

Wirth must lead Chevron through a challenging period for Big Oil. Crude prices remain at modest levels after crashing in 2015 and 2016. Low prices forced Chevron and its rivals to slash costs by laying off workers and scrapping expensive drilling projects.

Some wonder whether the next challenge for the industry will be an eventual peak for global oil demand. The rise of Tesla (TSLA) and electric cars, increased fuel efficiency, and promises to ban gasoline and diesel cars in other countries will all curb the appetite for oil.

To meet these challenges, Chevron has placed its faith in Wirth, who, like other new oil CEOs, has come up through the ranks of the refining business. In recent years, ExxonMobil, Royal Dutch Shell (RDSA) and Total (TTFNF) have all tapped refining execs to take over.

“Chevron has a proud 138-year history of developing the energy that improves lives and powers the world forward,” Wirth said. “I am honored to have been selected to carry on that tradition.”

Wirth will also seek to replicate Watson’s ability to reward investors with solid performance. Chevron said that since Watson took over in 2010 its total shareholder returns, which includes stock price and dividends, have nearly doubled those of ExxonMobil (XOM).