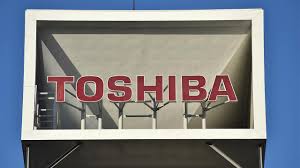 Japan’s Toshiba (tosbf) said on Thursday it had signed an $ 18 billion deal to sell its chip unit to a consortium led by Bain Capital LP, overcoming a key—albeit not its last—hurdle as it scrambles for funds to stave off a potential delisting.

The sale of the unit—the world’s second biggest producer of NAND chips—was agreed last week but the signing was delayed because consortium member Apple (aapl) demanded new terms on chip supply in return for funding, sources familiar with the matter have said.

Pressure from the Japanese government, changing alliances among suitors and a slew of revised bids has drawn out the auction over nine months—heightening the risk that the deal may not close before the end of Japan’s financial year in March as regulatory reviews usually take at least six months.

If the deal does not close before then, Toshiba—hurt by liabilities at is now bankrupt nuclear unit Westinghouse—is likely to end a second consecutive year in negative net worth, putting pressure on the Tokyo Stock Exchange to strip it of its listing status.

The sale also faces legal challenges from Western Digital, Toshiba’s chip venture partner and rejected suitor, which is seeking an injunction to block any deal that does not have its consent.

Western Digital, one of world’s leading makers of hard disk drives, paid some $ 16 billion last year to acquire SanDisk, Toshiba’s chip joint venture partner since 2000. It sees chips as a key pillar of growth and is desperate to keep the business out of the hands of rival chipmakers.