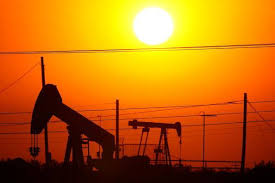 India plans to offer stakes of up to 60 percent in oil and gas fields owned by state energy companies that are already in production to private firms, five sources with knowledge of the matter said, a move that would hit revenues of state explorers.

The government is making the decision after failing to draw investment from global oil majors in new fields.

India is the world’s third-largest crude importer, buying about 80 percent of its supplies from overseas.

The sales plan would affect so-called “nomination blocks” or fields handed to state-owned Oil and Natural Gas Corp (ONGC) and Oil India Ltd. The fields are both onshore and offshore, according to the sources.

The Directorate General of Hydrocarbon (DGH), a unit of the oil ministry, has suggested the state companies form joint ventures with private firms including foreign majors that have long eyed the fields, the sources said.

India’s cabinet could accept the new policy by December, said a government official.

The DGH has also proposed the state-owned companies form technical tie-ups with private firms, offering to give them an assured rate of return if the output increases beyond a certain level, the five sources said.

The shift in strategy is triggered by the inability of domestic explorers to keep pace with India’s rising energy demand.

After the discovery of the Bombay High oil fields in 1974 and Bassein gas fields in 1976, ONGC has not been able to bring any new major fields into production in the last three decades.

India has failed to draw interest from global oil majors in licensing rounds since 1990 even though the fiscal terms were eased. However, Royal Dutch Shell and BP later bought stakes from firms that had won drilling rights.

An ONGC executive said the government’s move to invite private firms into the mature oil fields would impact its long-term plans.

“We look at the blocks from a long-term basis … internally, the company is not keen on the move as it can disrupt the current planning and production targets over the long term,” the executive said, speaking on the condition of anonymity as he was not authorised to speak to journalists.

Another ONGC official said the company would prefer to share revenue with new partners for incremental production but not for the entire output from the fields.

TOUGH TIME The move would hit the revenues of ONGC and Oil India, which make most of their profits from these about 200 fields.

“Definitely this will hit revenues and profits of these companies. These companies are already passing through a tough time because of low oil prices. They have huge plans for development of various assets,” said Prayesh Jain, associate vice-president at domestic wealth management company IIFL.

Oil minister Dharmendra Pradhan told Reuters last month a decision would be taken to allow private participation in India’s producing nomination blocks, but did not specify any timeframe.

“Nomination blocks are not meant forever for anyone. It is the property of the government of India,” Pradhan said.

In the past, foreign firms including Conocophillips and Shell tried to buy stakes in nomination blocks, mainly Mumbai High fields, but the moves failed to come off.

R.S. Sharma, head of the hydrocarbon committee at industry chamber FICCI and former chairman of ONGC, said private participation should be allowed in fields where oil and gas recovery is low, and not for fields such as Mumbai High.

He said foreign firms would be interested in the fields if they won equity stakes. During his tenure, Shell was keen to buy stakes and help ONGC boost output from heavy oil fields in western India, he said.