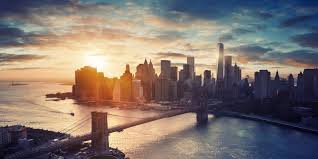 Mike Bloomberg: ‘I Cannot for the Life of Me Understand Why the Market Keeps Going Up’

It has some real challenges, he said. “The infrastructure’s falling apart; we’re destroying jobs with technology; we are keeping the best and the brightest around the world from coming to America to create new jobs, new businesses.” All things worth worrying about, he added.

And yet the stock market continues to climb. “I cannot for the life of me understand why the market keeps going up,” Bloomberg said to CBS News correspondent Anthony Mason.

Generally speaking, the stock market has been rising for more than half a decade. For example, with the exception of a few hiccups in late 2011 and early 2016, the S&P 500 has been rising since March 2009. Earlier this month, its bull run became its second best since World War II. (It now hovers around 2500.)

But the stock market is only one part of the broader economy. Indeed, it’s one leading indicator of many that include manufacturing activity, retail sales, and the housing market. Some lagging indicators suggest health; in the U.S., the unemployment rate is down to about 4.5%. But the full picture is more complicated.

For more on this subject, read Shawn Tully’s “The Promise and the Peril of Trump’s Economy,” the cover story of the March 2017 issue of Fortune magazine.